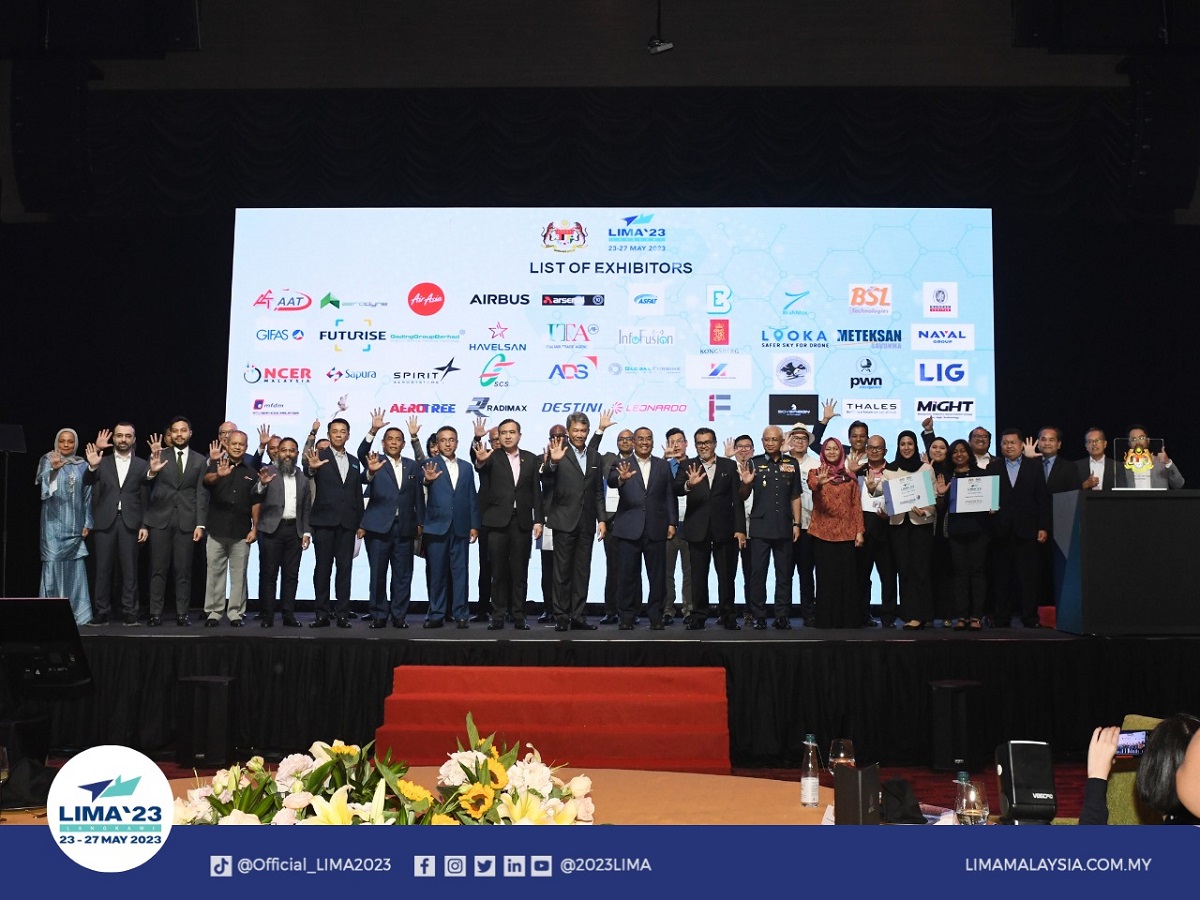 The largest aerospace and maritime display in the Asia Pacific region and the only remaining show of its kind in the world – the Langkawi International Maritime and Aerospace (LIMA) exhibition – is making a comeback in May this year.

LIMA 2023, will be held from 23 to 27 May 2023 at the Mahsuri International Exhibition Centre and the Langkawi International Airport in the resort island of Langkawi.This will be the first LIMA show after an interruption of four years due to the pandemic.

The unique maritime and aerospace exhibition was launched by both Ministers; Mohamad Hasan, Minister of Defence Malaysia and Anthony Loke, Minister of Transport.

More than 100 guests comprising the top ranks from both the Ministries of Defence and Transport, the defence industry and representatives from embassies in Kuala Lumpur were present at the event.

The Government of Malaysia officially appointed Alpine Integrated Solution Sdn Bhd as the Organiser for LIMA 2023 via a soft launch ceremony held at MINDEF on 8 June 2022. Asian Defence Journal is the official Magazine and Show Daily publisher for the LIMA 2023 show.

According to the organisers, some 600 exhibitors from 30 countries, and leaders from 59 countries are also expected to visit LIMA 2023.

The 16th iteration of LIMA is set to showcase technological advancements and the latest innovations in the two sectors. Several flight display teams have been invited for the show including South Korea’s Black Eagles.

Minister Mohamad said of the 600 exhibitors, some 360 will be from the defence industry. “In a rapidly changing world, threats to national, regional and global security have become more complex. Not only do we need to contend with traditional security challenges but we also need to consider non-traditional threats such as extremism, terrorism and piracy.

“No country can face these threats alone. The regional security situation that has developed over the past year shows that enhancing cooperation is more important than ever,” he added.

Mohamad said that would be Mindef’s goal as other countries in the Asia Pacific region would be scrutinising and evaluating to buy assets and initiate procurement process.

He said LIMA’23 was an event for industry players to forge defence technology cooperation.

Mohamad said in line with the National Defence and Security Industry Policy to be launched this year, LIMA provides the opportunity for the Malaysian defence industry to showcase its achievements to the world.

Transport Minister Anthony Loke said although the aerospace and maritime sectors were particularly affected by the lockdowns caused by the pandemic, the industry remains fundamentally sound.

“Malaysia has long been focused on uplifting the domestic aerospace and maritime sectors so that they can further contribute to national growth,” he said, adding that the national aerospace industry is expected to generate an annual revenue of RM55.2bil and create 32,000 high-income jobs by 2030,” he said.

At LIMA 2023, special emphasis will also be given to drone and aerospace technology. Domestically, the drone industry is set to contribute RM50.71bil to Malaysia’s GDP by 2030.

The target for this year’s LIMA will be to double the growth of business done as RM4 billion worth of contracts were inked during the exhibition in 2019. –adj/mhi/mgm (Pic: Mindef/LIMA/ADJ)