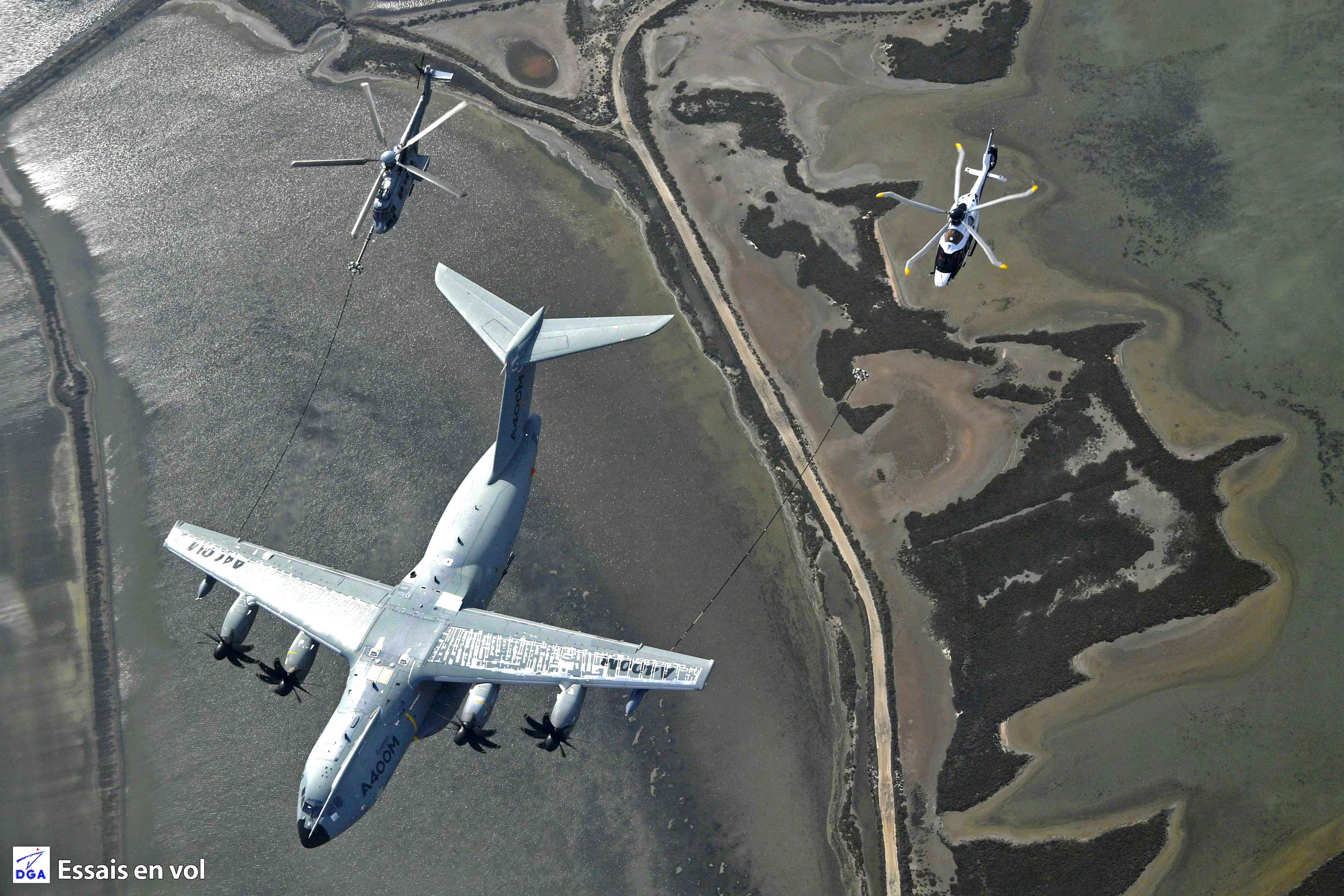 KUALA LUMPUR/GETAFE (SPAIN): The Airbus A400M Atlas new generation airlifter has successfully achieved its first helicopter air-to-air refueling contacts with an H225M, a major trial towards full clearance as a tanker. Airbus Defence & Space  said that over the course of four flights, operated in day conditions over the south of France, the A400M performed 51 dry contacts marking a decisive milestone towards its full capability as an aerial refueling tanker. These tests were performed under the coordination of the French “DGA Essais en vol” flight test centre, the company said Sept 25.

The tests, involving no fuel and performed between 1,000 ft and 10,000 ft at flight speeds as low as 105 knots, confirmed the positive results of previous proximity flights conducted at the beginning of 2019. The next step in the flight test programme will involve wet contact operations scheduled to take place before the end of 2019 ahead of final certification in 2021.

The flight test campaign also included the first proximity trials between the A400M and an H160 helicopter requested by the French Defence Procurement Agency (DGA) in the frame of the feasibility study for the Guépard (future military multirole helicopter for the French armed forces). Tests were performed successfully, a statement said.

According to Airbus Defence & Space, the aircraft is designed from the outset to be a dual-role transport and tanker aircraft, providing air forces with a cost-effective way to acquire an air-to-air (AAR) refuelling capability in addition to a being versatile logistic and tactical airlifter.

The standard A400M aircraft has much of the equipment and software provisions for two-point air-to-air refueling operations already installed as standard. Any A400M can be rapidly reconfigured to become a tactical two-point tanker able to refuel probe-equipped receivers at their preferred speeds and altitudes.

With a basic fuel capacity of 63,500 litres (50,800 kg), which can be even further increased with additional cargo hold tanks, the A400M is said to be the most capable tactical tanker on the market.

With a total order of 174 aircraft almost all for the NATO countries –Germany, France, Spain, United Kingdom, Turkey, Belgium and Luxembourg –84 units have been delivered and are in service with the various air forces including the Royal Malaysian Air Force which operates four A400M, the only Non-NATO country to acquire the aircraft. The RMAF operates the transporters in the humid tropical region covering peninsular Malaysia, across the air routes of the South China Sea and the eastern Malaysian side of Borneo. Malaysia through CTRM is responsible for manufacturing composite aero components for the aircraft.

Caption: The A400M performing dry contacts with an H225M operated by Airbus Helicopters.