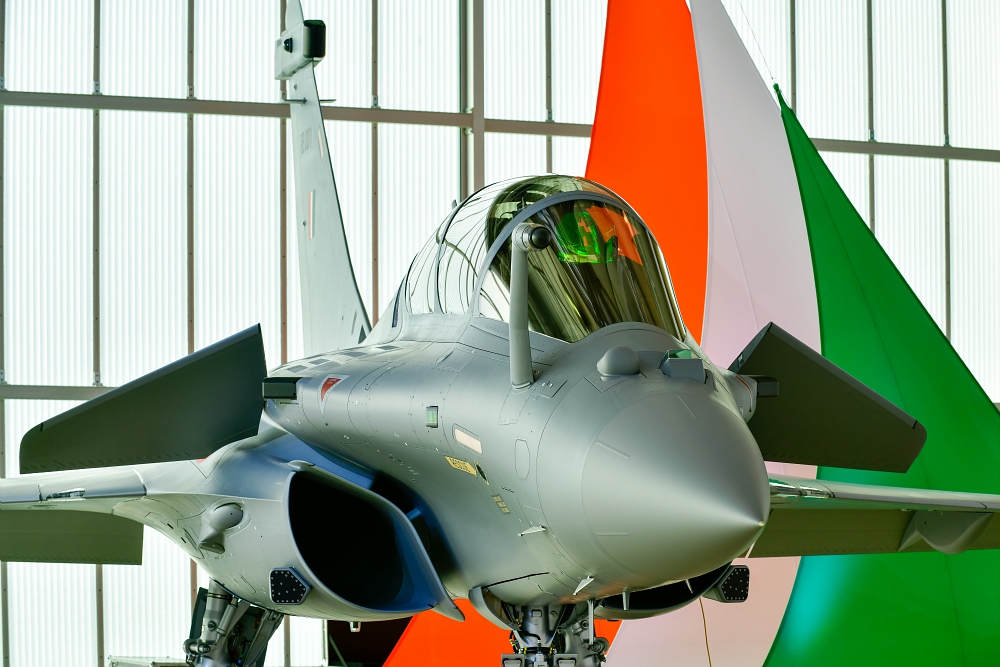 The Oct 8 ceremony, three years after the signature of the contract in 2016 for the acquisition of 36 Rafale aircraft to equip the Indian Air Force, marks the concretisation of the strategic relationship between India and France and the celebration of the history of mutual trust between India and Dassault Aviation for more than 65 years.

The handover of the first  Indian Air Force (IAF) Rafale, materialises the determination of the French authorities to fulfill the expectations and needs of the Government of India to comfort India’s protection and sovereignty and illustrates the exemplary cooperation between Dassault Aviation and the Indian Air Force, one of the most remarkable partner Dassault Aviation’s has ever worked with.

The setup of the Dassault Reliance JV (DRAL) production facility in Nagpur as well as the significant support of the educational and scientific policy of the Indian Government through the establishing of an engineering center in Pune, the creation of the “Dassault Skill Academy“ and the implementation of a vocational training programme “Aeronautical Structure and Equipment Fitter“, demonstrates Dassault Aviation’s  full commitment to the “Make in India“ and “Skill India“ initiatives in building the foundations for a national aerospace and defence ecosystem to become a worldwide reference of the sector.

Supported by Dassault Aviation partners, Thales already present in Nagpur, Safran which will soon inaugurate its facility in Hyderabad as well as the French aeronautics and defence community among which twenty companies already settled in India, this approach will mutually benefit both Indian and French industries and will contribute to guarantee both countries’ ability to meet tomorrow’s aeronautical challenges.

“I am particularly honored to host this ceremony today as India is part of Dassault Aviation’s DNA. The long and trustful relationship we share is an undeniable success and underpins my determination of establishing for the long term Dassault Aviation in India. We stand alongside the Indian Air Force since 1953, we are totally committed to fulfill its requirements for the decades to come and to be part of India’s ambitious vision for the future“, declared Eric Trappier, Chairman and CEO of Dassault Aviation.

“Rafale will add to the strength of IAF. Our focus is to enhance the capability of IAF. We are sure that all timelines would be adhered to, be it jets or weapon systems,”  Shri Rajnath Singh said.”This aircraft marks a massive enhancement in the Indian Air Force combat capability but that enhancement is not for attack purposes but as a deterrent for self defence,” he added.

During a demonstration sortie, the Defence Minister sat in the rear cockpit while a French pilot flew the two-seater aircraft with tail number RB-01. Earlier before the handover, Singh met French President Emmanuel Macron and discussed stronger strategic ties with France.