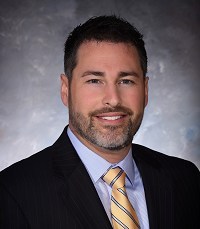 CAE announce the appointment of Daniel Gelston as Group President, Defence & Security, effective August 24, 2020. He will be based in Washington, DC and will be succeeding Heidi Wood, CAE’s Executive Vice–President, Business Development & Growth Initiatives, who was also acting as interim Group President.

“I am very pleased to welcome Dan Gelston to CAE’s executive management team, as our new Group President, Defence & Security. He is a proven leader with more than 20 years of experience in the US military, intelligence community and the global defence industry,” said Marc Parent, CAE’s President and Chief Executive Officer. “Dan’s energy and his solid track record as a growth-focused leader will be invaluable in driving the growth of our defence business in our core operations and expanding further into an array of related adjacencies that align well to our business strengths. I have no doubt that his industry experience and exceptional leadership will propel our defence business to reach its full potential.”

Prior to his leadership role at L3Harris Technologies, Gelston was President of the Special Security Agreement (SSA) businesses Smiths Detection Inc. and Cobham Tactical Communications and Surveillance. In 2017, he led the SSA-controlled portion of Smith’s $710 million Morpho Detection acquisition and the divestment of Smith’s Brazil business. In 2015, Gelston led the sale of Cobham’s Surveillance Business and served as CEO during its transition to a standalone company.

Gelston holds a Master of Science degree in Strategic Intelligence from the National Intelligence University and a double-major Bachelor’s degree in Economics and International Strategic Policy from Bucknell University. His military experience includes active and reserve duty from 1998 to 2007 as an Armour and Military Intelligence Officer. He is a US Army Armor School Draper Awardee and Intelligence Officer School Distinguished Honor Graduate. CAE is a global leader in training for the civil aviation, defence and security, and healthcare markets. Backed by a record of more than 70 years of industry firsts, the company continue to help define global training standards with our innovative virtual-to-live training solutions to make flying safer, maintain defence force readiness and enhance patient safety. CAE has the broadest global presence in the industry, with over 10,500 employees, 160 sites and training locations in over 35 countries training more than 220,000 civil and defence crewmembers, including more than 135,000 pilots, and thousands of healthcare professionals worldwide. –cae/shp/iz