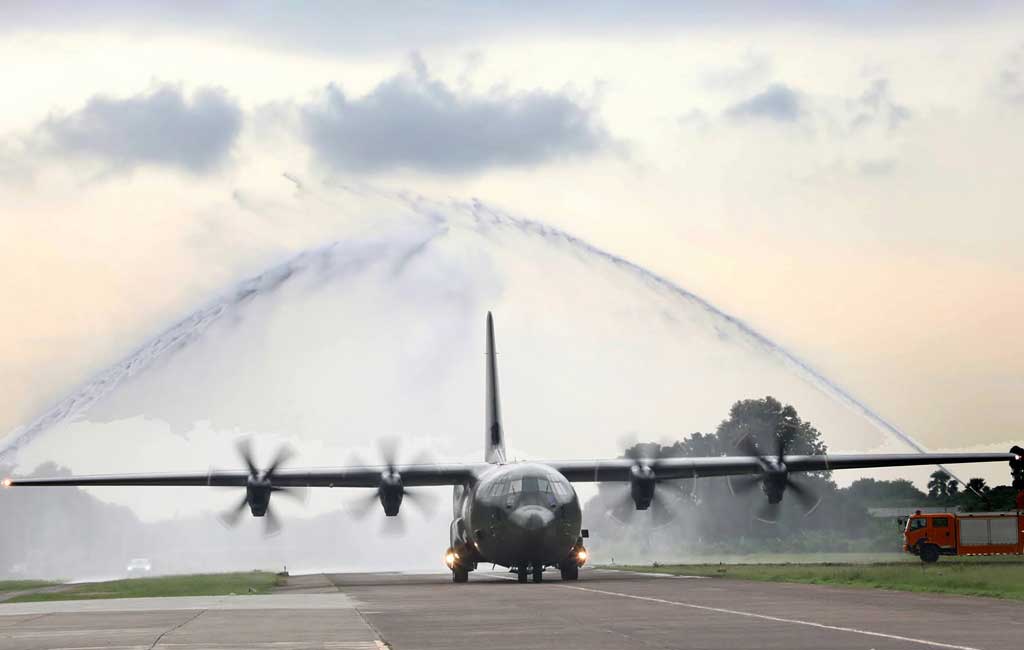 The C-130J aircraft would be utilised for transportation of materials, personnel, humanitarian assistance both at home and abroad and to support United Nations Peacekeeping Operations, a statement by the armed forces Inter Services Public Relations (ISPR) said

BAF has planned to induct all remaining aircraft in phases from UK. The inclusion of this modern C-130J aircraft in BAF inventory will certainly enhance the transport and operational capability of the air force, the statement said.

Bangladesh has earlier signed contracts with the UK Ministry of Defence to procure a total of five former Royal Air Force short-bodied baseline C-130J Super Hercules, designated by the RAF as Hercules C.Mk 5, to enhance the South Asian country’s airlift capability. The Super Hercules C-130J is available in standard or stretched -30 variant.

Marshall Aerospace is carrying out comprehensive depth maintenance and important modifications on all the aircraft including capability enhancements such as avionic upgrades, medical evacuation (medevac) conversion and the provision of a passenger transport configuration.

The first C-130J was delivered on August 25, 2019 while the second arrived May 25 this year. The supply of the transport aircraft was a part of Bangladesh Air Force’s procurement and maintenance agreement with Royal Air Force and Marshal Aerospace and Defence Group. –shp/iz/mgm  (Photo: ISPR)