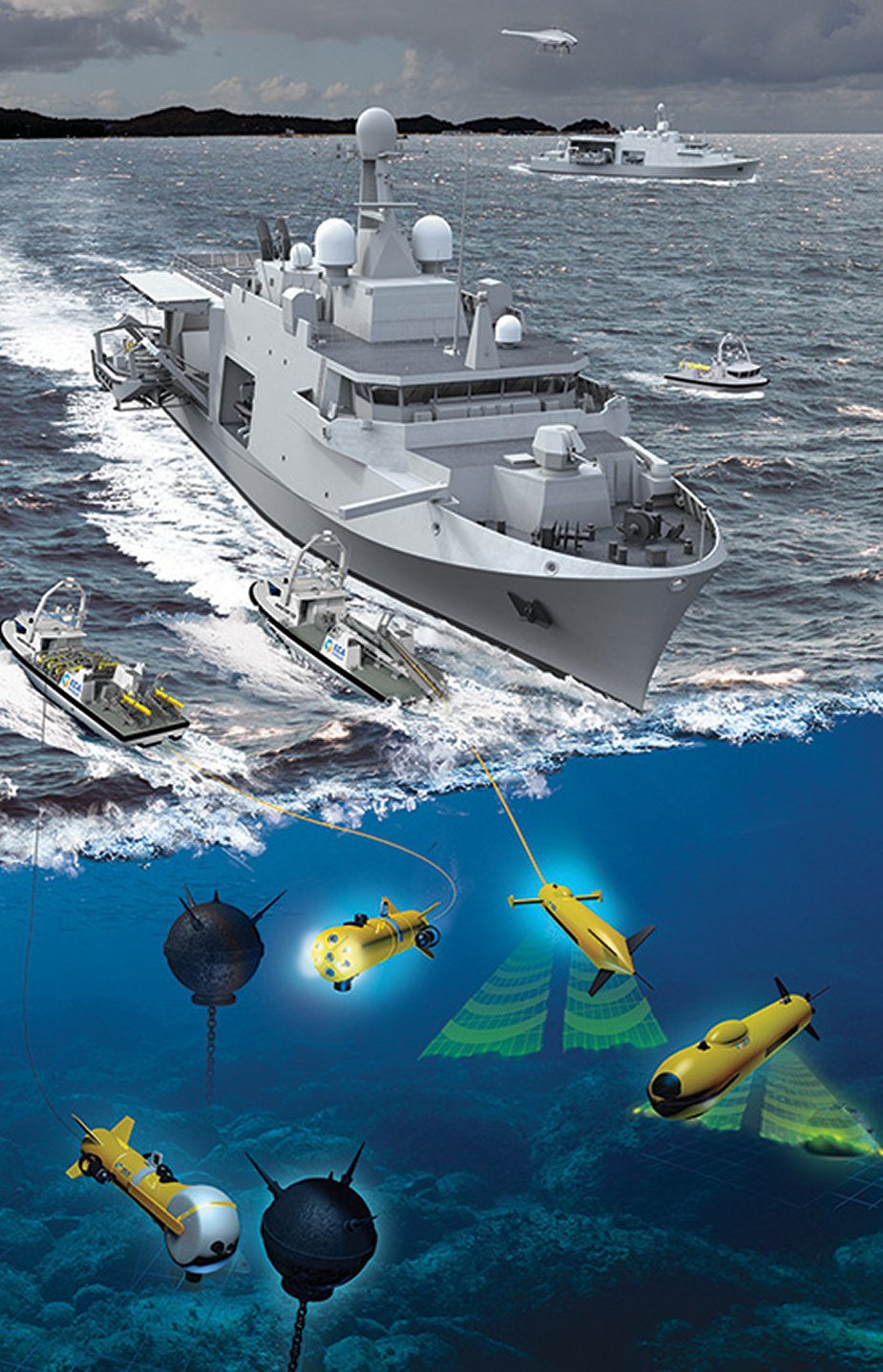 ECA Group and iXblue has strengthened their partnership with the contract signing for navigation, underwater positioning systems and obstacle avoidance sonars for a major Mine CounterMeasures replacement programme.

The programme is to replace the naval Mine Counter Measures capability of the Belgian and Dutch navies, which includes the supply of twelve minehunters equipped with drones (Toolbox). ECA Group has signed an agreement with iXblue for the supply of Forward Looking Sonars (FLS), as well as inertial navigation and subsea positioning and communication systems, the specialist group said today.

The Toolbox developed by ECA Group consists of a variety of drones to be deployed by operators to perform autonomous mine clearance missions at sea. It contains USV Inspector125 surface drone, Skedar V-200 aerial drones, AUV A18-M underwater drones, T18 towed sonars for mine detection, as well as Seascan and K-STER C MIDS (Mine Identification and Disposal System) for mine identification and neutralisation.

iXblue is intrusted with the following supplies:

“We are very pleased to partner with iXblue, a leading expert in the field of navigation, subsea positioning and imagery. Our respective domains of expertise are complementary and our teams have already been working efficiently in the past. It is an important partnership for us; I am confident in the realisation of our next steps within the Belgian-Dutch MCM programme,” said Jean-Louis Sambarino, Program Director.

“We would like to thank ECA Group for their renewed trust on this major programme” states Jean-Marc Binois, Commercial Director at iXblue.

“ECA GROUP has been using our inertial navigation and acoustic positioning systems for many years now, and for them to select our Forward Looking Sonar for this strategic MCM programme is yet another step in our longstanding partnership. We’re very proud to be able to take this partnership between two French technology companies to a new level and are looking forward to our continuous collaboration on future programmes.”

ECA GROUP will provide the Belgian and Royal Netherlands Navies with the first stand-off concept materialised by the use of a Toolbox – a UMIS system composed of various drones to perform autonomous mine clearance missions at sea.

UMIS is an interoperable system capable of tackling the most demanding mine countermeasures missions, while allowing crews to remain at a safe distance from the minefield. Drone missions are planned, executed, supervised and evaluated through a single UMISOFT interface. –shp/mgm