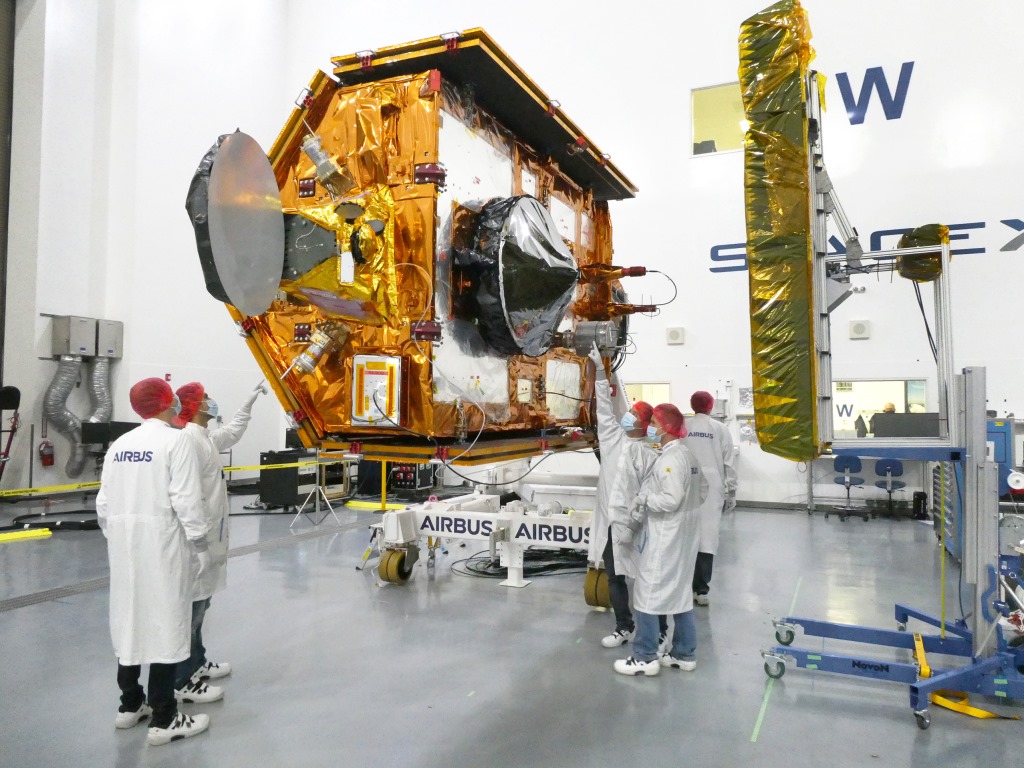 The Airbus-built European ocean satellite “Copernicus Sentinel-6 Michael Freilich” has successfully begun its “Seeing-the-Seas” mission., Airbus Defence and Space said today. “On 21 November 2020 the satellite lifted-off from Space Launch Complex 4E at Vandenberg Air Force Base in California, United States. Approximately one and a half hours after the launch, the first signals from the spacecraft were received by a ground station in Alaska,” the company said in a statement.

The Copernicus Sentinel-6 Michael Freilich will carry out high-precision measurements of ocean surface topography. The satellite will measure its distance to the ocean surface with an accuracy of a few centimetres and use this data to map it, repeating the cycle every 10 days, with the mission lasting up to seven years.

Along with measuring global sea level rise and ocean circulation, the satellite will record vertical profiles of atmospheric temperature and humidity.

“The mission findings will enable governments and institutions to establish effective protection for coastal regions. The data will be invaluable not only for disaster relief organisations, but also for authorities involved in urban planning, securing buildings or commissioning dykes. The data will also help scientists to further improve weather forecasts and hurricane predictions” said Philippe Pham, Head of Earth Observation, Navigation and Science at Airbus.

The satellite is on a 1,336 km non-Sun-synchronous orbit with an inclination of 66 degrees so that it passes over locations at different times of the day and night, enabling it to measure changes that may vary throughout 24-hours, like the tides.

Global sea levels are currently rising by an average of 3.3 millimetres a year as a result of global warming; this could potentially have dramatic consequences for countries with densely populated coastal areas.

The Sentinel-6 mission is part of the European Union Copernicus Programme for environment. This mission comprises two satellites and has been developed under Airbus’ industrial leadership. While it is a European mission, Sentinel-6 is a true example of international cooperation: it has been jointly developed by ESA, NASA, EUMETSAT and NOAA, with support from CNES.

Each satellite carries a radar altimeter, which works by measuring the time it takes for radar pulses to travel to the surface and back again to the satellite. Combined with precise satellite location data, altimetry measurements yield the height of the sea surface.

The satellites’ instrument package also includes an advanced microwave radiometer that accounts for the amount of water vapour in the atmosphere, which affects the speed of the altimeter’s radar pulses.

The satellite weighs approximately 1.5 tons. Now starting with Sentinel-6 Michael Freilich, the satellites will collect satellite-based measurements of the oceans’ surfaces, continuing a task that first began in 1992. The second Sentinel-6 spacecraft is expected to follow in 2025 –ab/shp/mgm (Images: Airbus Defence and Space)