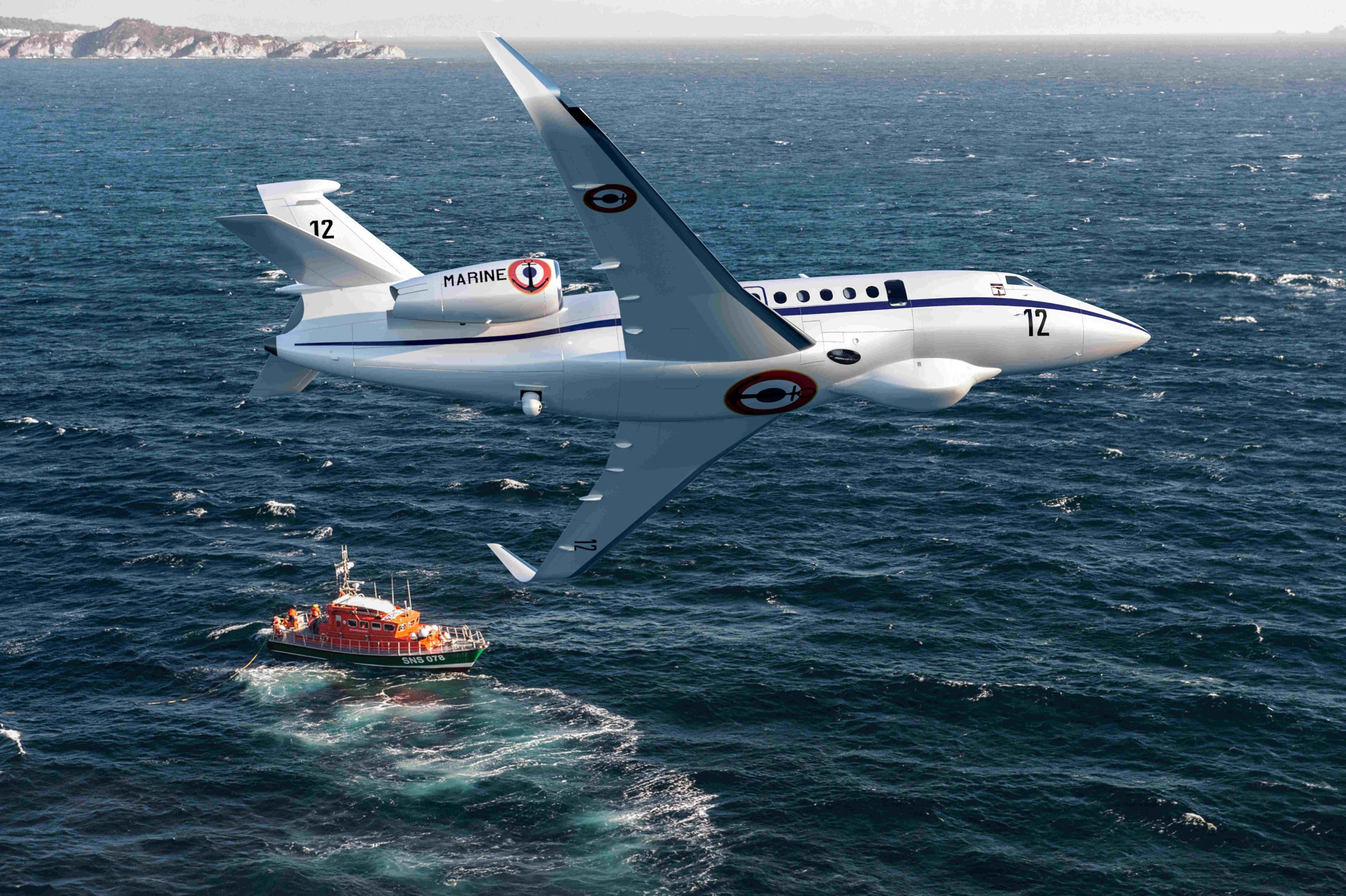 The French government has ordered seven Dasasult Aviation Albatros maritime patrol aircraft, to be delivered from 2025. The “Albatros” Maritime Surveillance and Intervention Aircraft (AVSIMAR) programme, which will be based on the Dassault Aviation Falcon 2000LXS medium-size long range business jet.

The upcoming notification for the contract was announced by French Minister of the Armed Forces, Florence Parly during a visit to the Dassault Aviation plant in Seclin, in northern France, Nov 19.

In accordance with the multiyear military spending bill (LPM), the initial order is for seven aircraft, to be delivered from 2025, out of the planned total of 12. Dassault Aviation and the dozens of French companies associated with the Falcon programmes would like to thank the French Ministry of the Armed Forces, the French defense procurement agency (DGA) and the French Navy for their confidence, Dassault Aviation said.

In line with the aeronautical maintenance transformation policy initiated by the French Ministry of the Armed Forces, the Albatros contract commits Dassault Aviation to a guaranteed availability clause, favoring industrial support in close cooperation with Navy personnel for 10 years.

“Several countries have shown interest in these aircraft, which provide an effective response to the considerable challenges of homeland protection and maritime security and government action at sea: fighting pollution and trafficking, surveillance of borders and exclusion zones, fisheries policing, search and rescue at sea, etc. It is only fitting that France, which has the world’s second largest exclusive economic zone, should be at the forefront in the use of this type of aircraft, ” he added.

Over the past 50 years, Dassault Aviation has modified many Falcon aircraft to adapt them for maritime surveillance, medical evacuation, cargo transport, calibration, intelligence-gathering, training, etc. These multi-role aircraft represent approximately 10% of the Falcon fleet in service. French government services operate Falcon 10, 200, 50, 900, 2000, 7X and soon 8X aircraft in a strategic intelligence version under the Archange contract.

“These multi-role Falcon aircraft are a perfect example of the dual civil/military know-how of Dassault Aviation: they benefit from the cutting-edge technologies developed for our fighter aircraft and, at the same time, they take advantage of the industrial processes used for the highly competitive production of our business jets,” a statement from the airframe maker said.