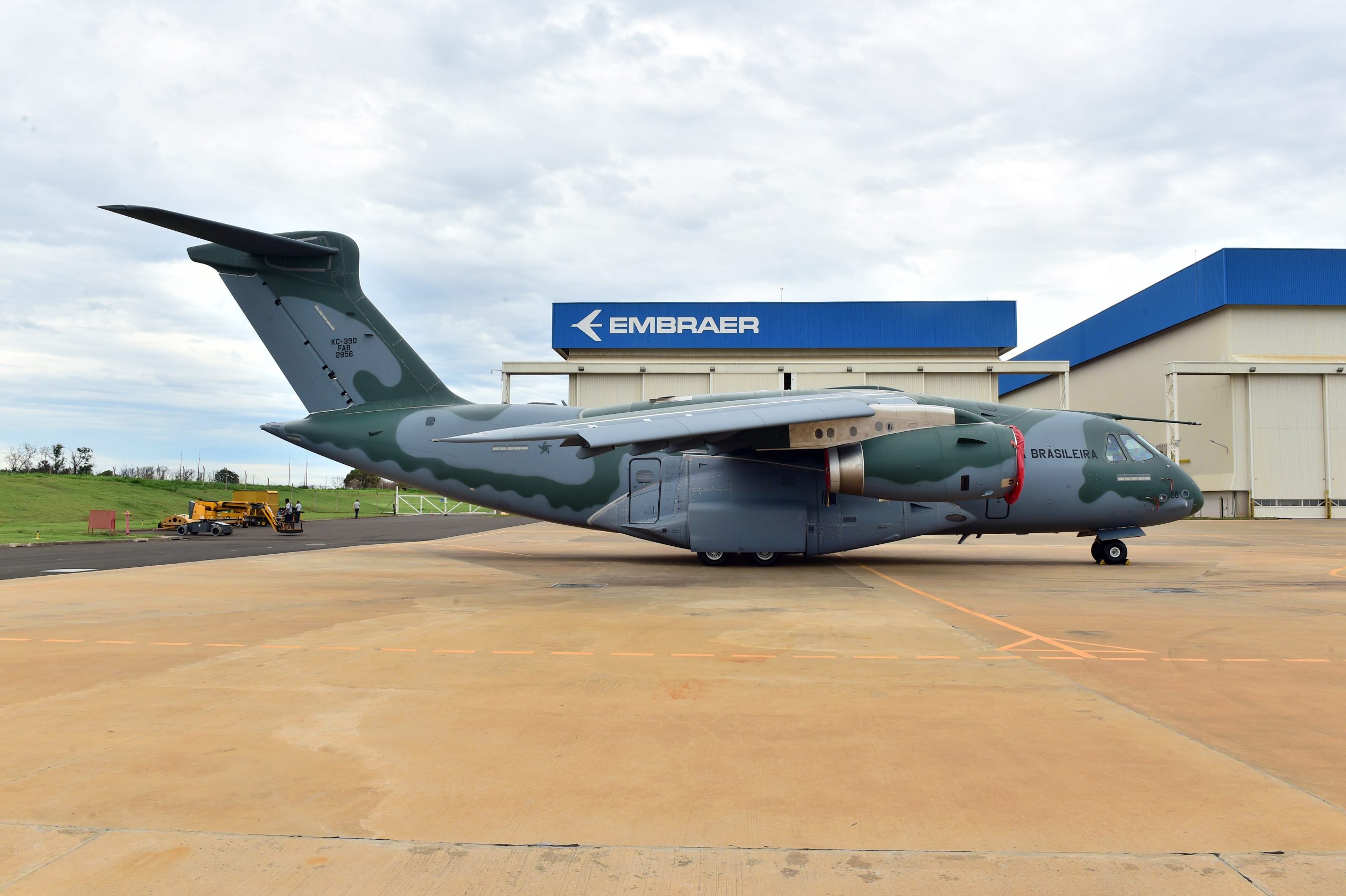 Embraer has delivered the fourth C-390 Millennium multi-mission medium airlifter of a total of 28 units to the Brazilian Air Force (FAB). Like the three units already in operation, the fourth airlifter will be operated by the First Troop Transport Group (1st GTT). All 28 aircraft ordered by FAB are equipped to perform aerial refueling missions, with the designation KC-390 Millennium.

“It is with great satisfaction that we are receiving another KC-390 Millennium aircraft, which is being incorporated into our fleet. Soon, it will be operational in the most diverse missions, in different regions of Brazil and even abroad, similar to our first three aircraft. This platform has already demonstrated great capacity, mainly in the transport of supplies and materials during Operation COVID-19,” said the Brazilian Air Force Commander, Lieutenant-Brigadier Antonio Carlos Moretti Bermudez.

“We are very pleased with the delivery of the fourth C-390 Millennium to the Brazilian Air Force, as the airlifter has played an extremely important role in a series of humanitarian missions within the Brazilian territory and even abroad,” said Jackson Schneider, President and CEO of Embraer Defense & Security. “The C-390 is establishing itself as the tactical transport aircraft of this century, opening new markets, which is immensely important for Embraer’s strategy in the coming years.”

Since the beginning of the COVID-19 outbreak, FAB has operated the KC-390 Millennium aircraft in logistical aerial transport missions, carrying tons of essential supplies to fight the pandemic in Brazil. Additionally, FAB operated one of the airlifters in a humanitarian mission to the Republic of Lebanon, in support of the population of Beirut, in August of this year.

On November 17, the Hungarian government signed a contract with Embraer for the acquisition of two C-390 Millennium multi-mission transport aircraft, in its air-to-air refueling (AAR) configuration, designated KC-390. The acquisition is part of the process to strengthen the capabilities of the Hungarian Defence Forces especially in the tactical airlift, AAR, and medical evacuation roles, as well as in other missions of public interest. Deliveries are scheduled to start in 2023.

The aircraft will be the first in the world featuring an Intensive Care Unit configuration, an essential feature for performing humanitarian missions. The aircraft are also designed to refuel the Hungarian JAS 39 Gripen, as well as other aircraft using the same technology. These KC-390 will be fully NATO compatible, not only in terms of hardware, but also in terms of avionics and communications configuration.

At the end of October, teams from the Portuguese Armed Forces (FAP) and Embraer concluded the “Critical Design Review – CDR” for the KC-390 Millennium ordered by Portugal. This step has defined the aircraft technical requirements according to FAP demands, enabling Embraer to configure the aircraft. The Portuguese Government and Embraer signed a contract for the acquisition of five multi-mission airlifters that will support the operations of the Portuguese Armed Forces and increase readiness in missions of national interest. Deliveries are scheduled to begin in 2023.

A joint project between FAB and Embraer, the C-390 Millennium is a tactical transport aircraft designed to set new standards in its category. Some of the aircraft’s strengths are mobility, robust design, greater flexibility, proven state-of-the-art technology, and easier maintenance.

The C-390 Millennium and the designation KC-390 Millennium fly faster and carry more cargo than other military freighters of the same size and are the ideal platforms for the main usage scenarios. Embraer said the aircraft require fewer on-demand inspections and maintenance, combined with highly reliable systems and components, which reduces the time on the ground and overall operating costs, contributing to excellent availability levels and low life-cycle costs. –shp/adj/mgm (Photo: Embraer Defense & Security)