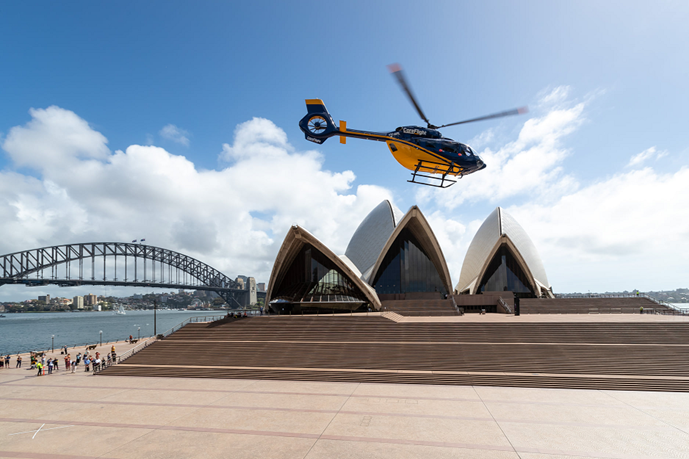 SYDNEY: Australia’s, critical care aeromedical retrieval service and charity CareFlight has become the country’s first operator of the emergency medical services (EMS) version of the Airbus H145 light twin helicopter. The aircraft will be used by the aeromedical services provider for rapid response missions in the Greater Sydney area.

CareFlight’s H145, which was unveiled at a ceremony today at the Sydney Opera House, provides advanced patient care including medical interventions such as intubation, ultrasounds, as well as blood and plasma transfusions.

CareFlight’s H145 can carry a medical crew of three and a patient on full life support and intensive-care monitoring.

The H145 is a fit-for-purpose platform, offering a quick start solution and is the only helicopter in its class capable of nimbly executing EMS missions within a metropolitan city. The aircraft’s small footprint allows it to easily navigate among skyscrapers, landing and taking off quickly from point to point.

“The H145 is internationally recognised to be the most advanced aeromedical helicopter in the world. We are very happy to be the first in the country to launch the H145 EMS, which will be immediately operative to save lives and deliver the best possible aeromedical service,” said CareFlight Chief Executive Officer, Mick Frewen.

“It is an honour to welcome CareFlight as a new H145 operator, with EMS being a growing area of need in Australia. The H145 is a tried and tested platform with advanced operational capabilities and we are confident that it will not only fully meet CareFlight’s requirements but excel in its missions to save lives,” added Airbus Australia Pacific Managing Director, Andrew Mathewson.

The addition of CareFlight as a new operator rides on the success of H145 EMS operations in the Asia-Pacific region, which includes New Zealand, Japan and Thailand.