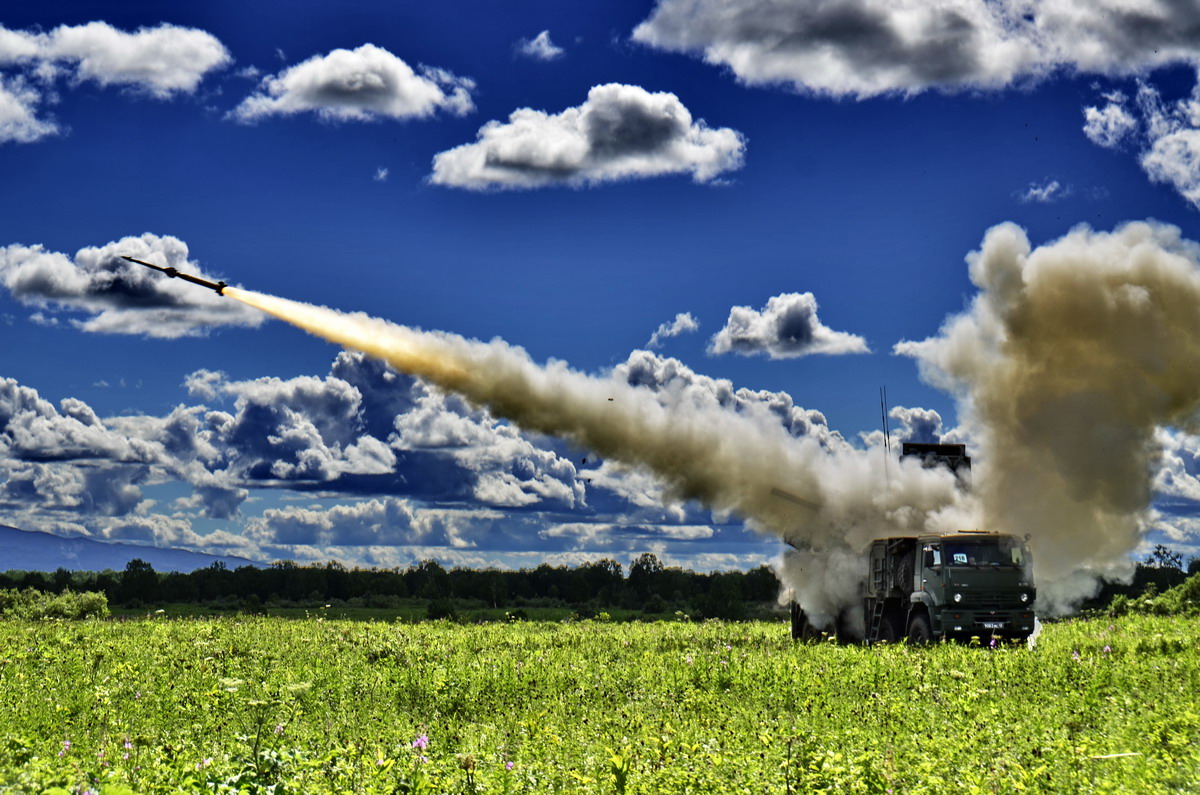 Counter UAV measures have become a hot subject for defence planners and analysts after a number of drone attacks in Middle East and successful UAV performance by Azerbaijani operations in Nagornyi Karabakh.

The new range of systems is claimed of being capable of effectively countering attacks by unmanned aerial vehicles, combining electronic warfare and air defence systems of various classes.The systems proposed at the Russian national pavilion in Hall 12 at the Abu Dhabi National Exhibition Centre, include new generation radars to track a various UAVs as well as jamming devices and vehicle-based SHORAD systems.

The anti-UAV jamming systems are claimed to be effective against light- and partly medium-class drones. These assets are capable of countering a massive air raid by unmanned aerial vehicles by suppressing their command/telemetry and navigation channels. According to Russian MoD the system has been effectively operated at the Russian military bases in Syria where all the terrorists’ attacks employing drones have been successfully repulsed.

Among the anti-UAV jamming equipment presented at IDEX is the Repellent-Patrol EW system which provide areal coverage of the territories. The long-range system is capable of jamming drones at a range of up to 20 km, states the Rosoboronexport press-service.

The Kupol and Rubezh-Avtomatika systems carry out continuous radio surveillance and create a protective dome over the installation being protected. They are said to manage an impenetrable barrier to repel attacks not only by single drones, but also their massive use from different directions and altitudes within a radius of at least 3 km.

The Pishchal electromagnetic gun is one of the lightest handheld jammers on the market, weighing a mere 3.5 kg. It can jam UAV control/navigation channels at a range of 2 km.

According to the KBP Head designer Valery Slugin, the company has been developing smaller missiles to be employed particularly against the drones. The new missile is to be approximately 4 times smaller of the existing one to increase the ammunition load of every Pantsir combat vehicle respectively.

Meanwhile,  close-range air defensce will be provided by the Verba or Igla-S MANPADS, both being designed and manufactured by the Kolomna-based KBM of HPW, as well as the Gibka-S MANPADS squad combat vehicles, capable of firing Verba or Igla-S. These weapons have the capability to destroy targets at a maximum range of 6 km at altitudes from several meters up to 3.5 km.

The integrated use of the proposed electronic warfare and air defence assets will enable effective countermeasures against UAVs of any class provided air enemy reconnaissance and automated control systems are in place.

Rosoboronexport claims to offer a tailor-made solution for any customer to incorporate the above mentioned anti-UAV system within the frame work of national defence of each user nation. –adj/yuri/mgm (Image: Rosoboronexport)