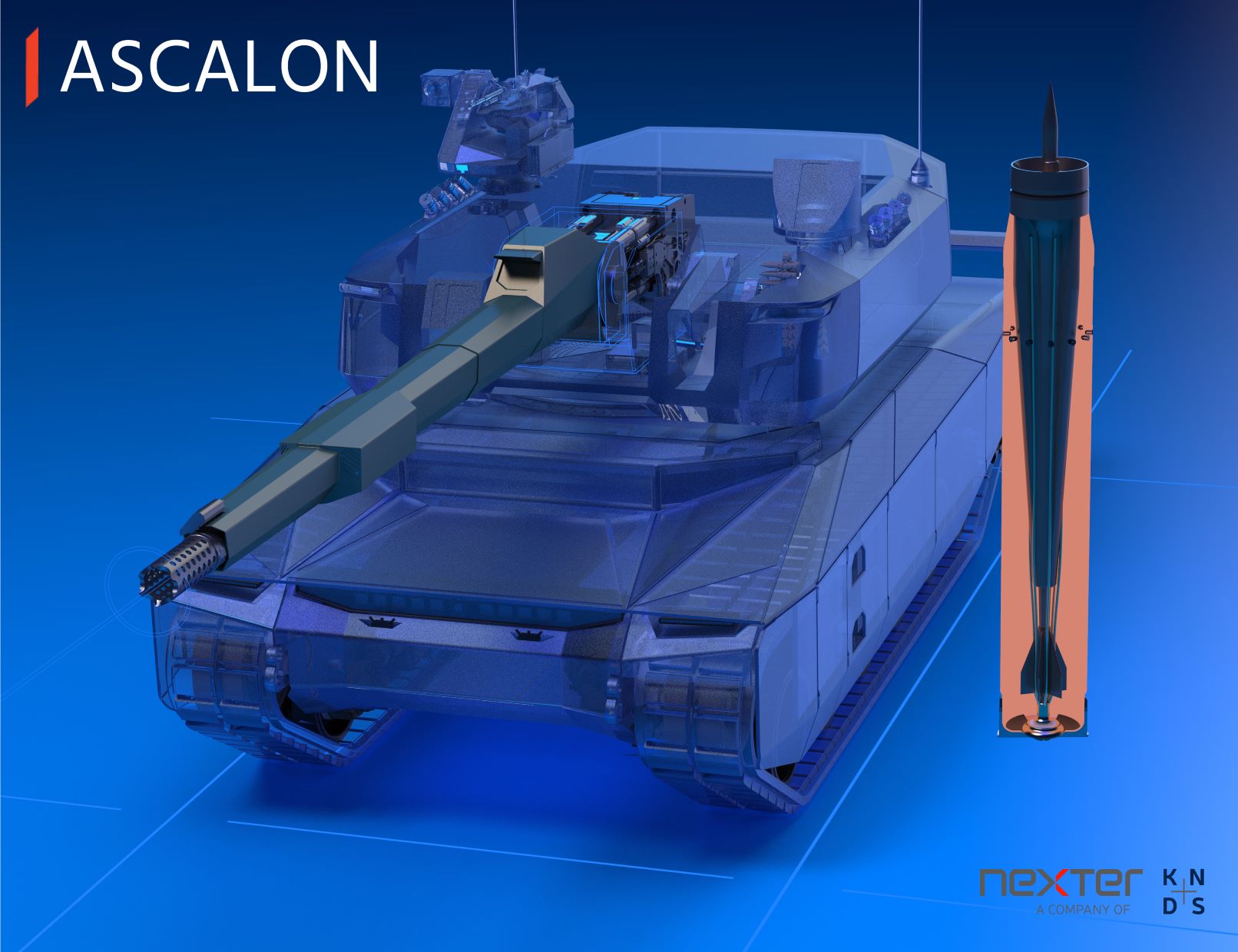 Leaning on its expertise in battle tank armament, illustrated by the Leclerc’s self-loading gun, and on the excellence of its ammunition activity, Nexter (KNDS group) is presenting a new main armament concept for main battle tanks, designed to deal with future heavily armoured threats. This breakthrough weapon represents a major contribution by the French industry to achieve at the end of a cooperative development: a new common solution for France and Germany enhancing the value of distributed activity and balanced skill contributions within the European DTIB.

By 2040-2050, allied nations will potentially face the return of high-intensity confrontations. In the

land domain, armies will have to equip themselves with modern means for tactical superiority, manned or unmanned, integrating numerous systems, reaching the highest levels of protection for the crew and the capacity to neutralise the adversary. Faced with numerous and hardened threats, winning the battle from the outset will require shooting faster, farther and with a higher destructive capacity on the first shot, while reducing logistical and ergonomic constraints.

Next generation large-calibre weapons will have to be able to guarantee the armed forces tactical  superiority not only for tomorrow, but also for the following decades. In order to meet this  ambitious objective, Nexter is developing an innovative concept that has the potential to evolve and

deliver performance that current technologies no longer offer. Taking advantage of its long experience with the 120mm smoothbore gun of the Leclerc tank, its mastery of telescoped ammunition as well as the maturity achieved during firing campaigns with a 140mm calibre, Nexter is proposing the ASCALON concept (Autoloaded and SCALable Outperforming guN) designed to cope with the latest generation of heavy armour while staying ahead of the threats of the next half-century.

Based on technical solutions that will be fully mature by 2025, ASCALON offers an open architecture designed to serve as the basis for cooperative development under the Franco-German  MGCS programme. This concept lays the foundations for the future European battle tank gun and  ammunition standard, drawing on previous experiences with allies, such as in the 140mm FTMA  gun programme.

Relying on Nexter’s long experience in the field of tank guns and telescoped ammunition, offering an architecture conducive to balanced industrial cooperation, the ASCALON concept has all the assets to become the standard gun for future heavy battle tanks. Its dedicated ammunition is the only one technological and tactical superiority for the coming decades. ASCALON is a  breakthrough weapon for breakthrough land combat systems. -shp/adj/kf (PHOTO: Nexter)