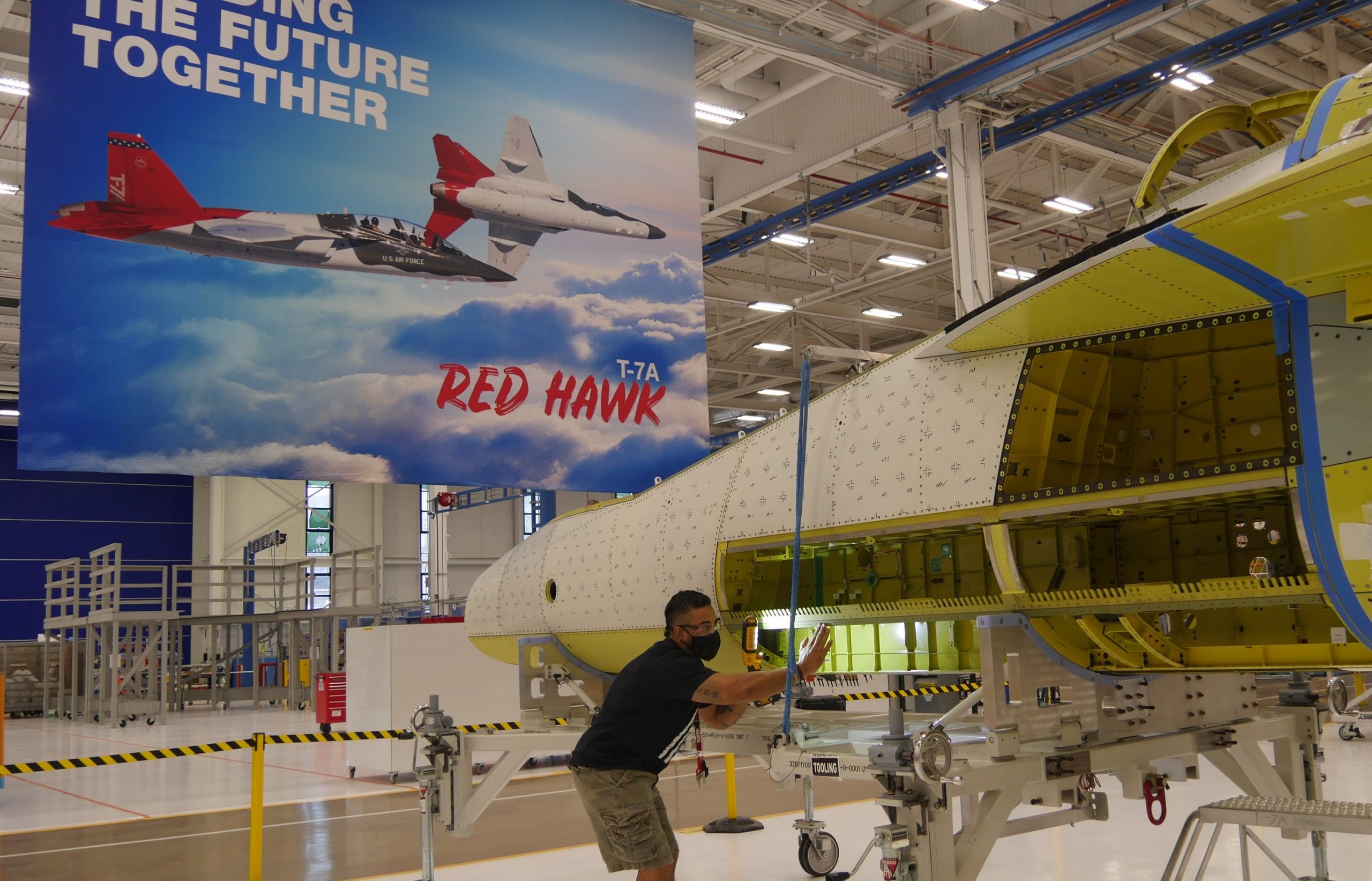 In one historic moment, the front fuselage of the first Boeing-Saab T-7A Red Hawk advanced trainer was joined perfectly with its aft section in less than 30 minutes — a testament to the digital heritage of the US Air Force’s first “eSeries” aircraft and witness to the benefits of model-based engineering and 3D design.

“This moment marks a key stage in the evolution of the T-7A Red Hawk,” said Chuck Dabundo, vice president and programme manager of Boeing T-7 programmes. “Employing digitally advanced manufacturing and build techniques developed by Boeing over the past two decades, we are bringing this trainer to future pilots sooner than ever before possible and with greater quality.”

The aft fuselage was designed and built by Saab in Linköping, Sweden, under a joint development agreement with Boeing. After making the journey of more than 4,500 miles (7,200 kilometers) to St Louis, the aft section was lined up perfectly to the forward fuselage by Boeing aircraft mechanics.

“What we’re seeing in this new evolution of digitally designed, engineered and manufactured aircraft is a 50% improvement in overall production quality and as much as a 98% reduction in drilling defects,” said Andrew Stark, Boeing T-7A Red Hawk production director. “It’s a new way of producing airplanes with improved quality throughout the whole journey.” – bg/adj/mgm (Photo: Boeing)