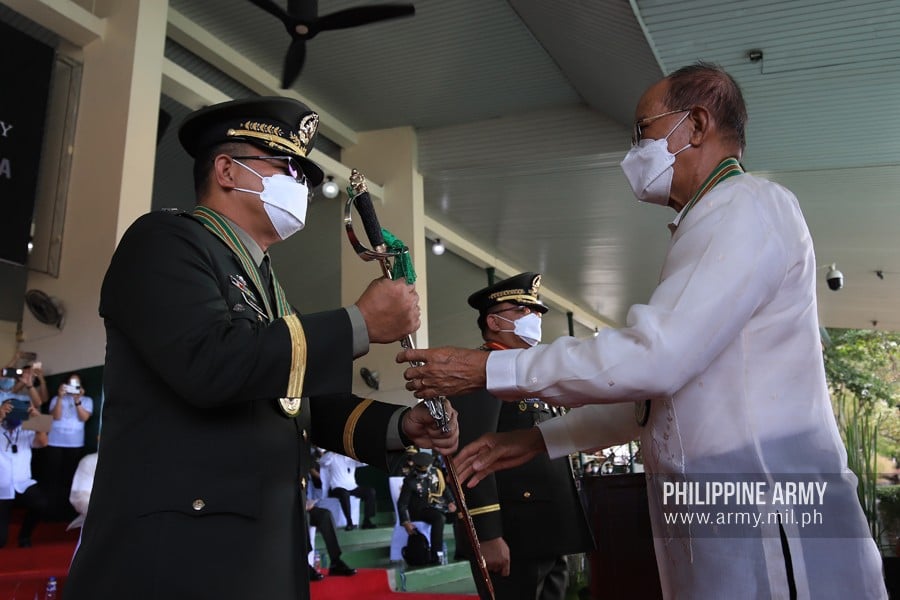 “The change of command ceremony manifests the vibrancy and dynamism of the organization. I congratulate the two outstanding men of the hour who have proven their exceptional leadership in the premiere service of the Armed Forces of the Philippines,” said Secretary Lorenzana.

Formerly the 4th Infantry Division (4ID) Commander, Maj Gen Centino focused on the enhancement of the division’s military operations that resulted in huge blows against the Communist-Terrorist Groups.

Maj Gen Centino is a member of the Philippine Military Academy “Maringal” Class of 1988.

Lt Gen Faustino, on the other hand, is also a member of the Philippine Military “Maringal” class of 1988. Under his leadership as the CGPA since February 2021, the Philippine Army was able to empower and enhance the command’s COVID-19 response, strengthen its territorial defence against insurgency, and intensify its war fighting capabilities.