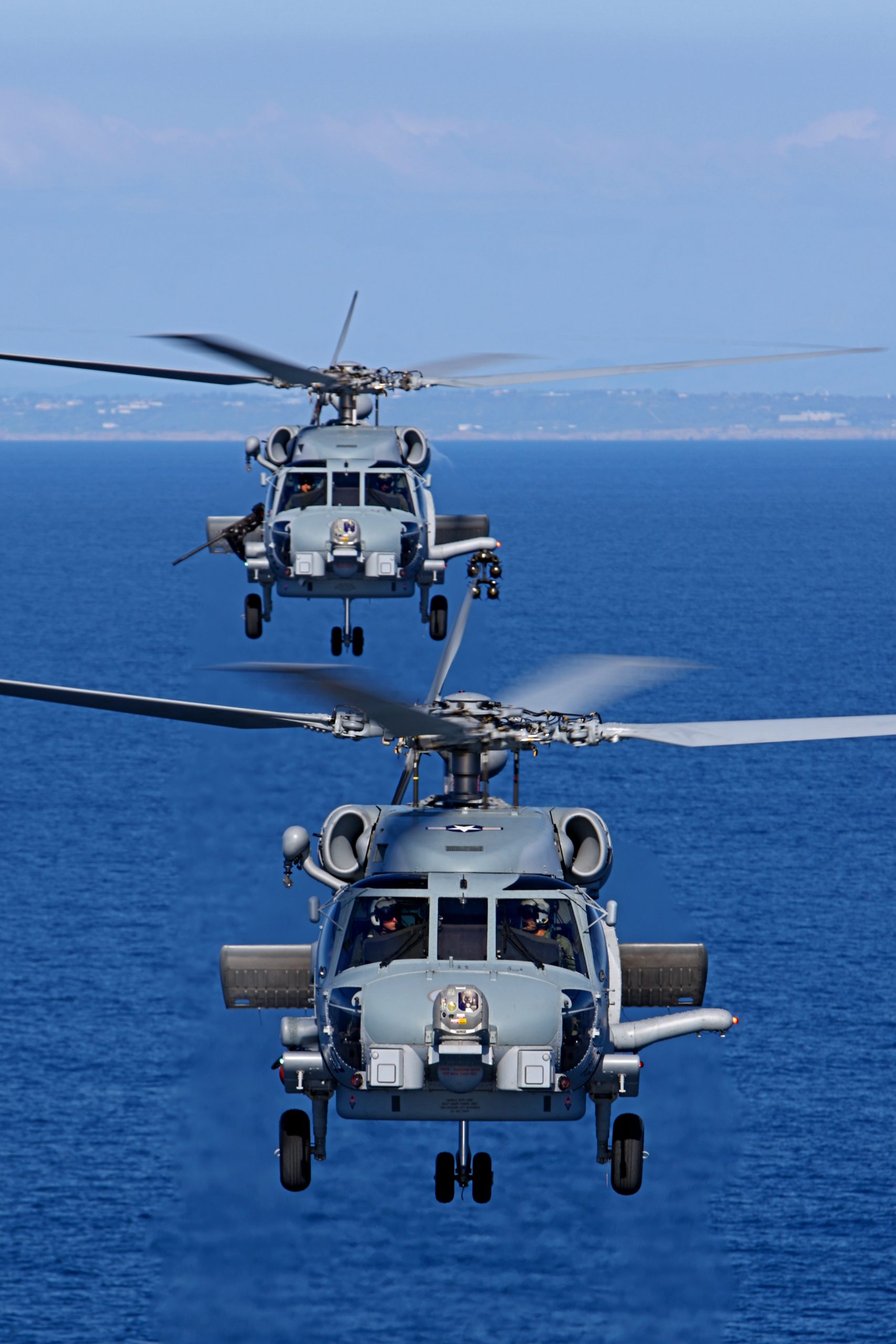 The delivery of the first batch of two Romeo Seahawk helicopters to the Indian Navy marks the beginning of a new era of defence collaboration and partnership between the US and India. Going forwards, the US Navy will support the Indian naval forces through capability upgrades and sustainment as the aircraft is inducted.

The Indian Navy procured 24 MH-60R multi-role helicopters (MRH) helicopters manufactured by Lockheed Martin under US government foreign military sales (FMS) programme at an estimated cost of $2.4 billion. India and the US are also working together on co-production and co-development of defence platforms in the form of transfer of technology.

The Lockheed Martin  MH-60R is a maritime multi-mission helicopter deployed globally. The induction of these all-weather MRH would enhance Indian Navy’s three-dimensional capabilities. The helicopters would also be modified with several customise equipment and weapons.

Currently, the first batch of the Indian crew is presently undergoing training in the US. According to the US Department of Defence, the proposed sale will provide India the capability to perform anti-surface and anti-submarine warfare missions along with the ability to perform secondary missions including vertical replenishment, search and rescue, and communications relay.

The Indian cabinet had cleared the purchase of the helicopters in February 2020, weeks before the historic visit of the then US President Donald Trump.

The Seahawk has also been selected as the platform of choice by the Asia-Pacific navies. Lockheed Martin has secured a $447.2 million contract for 12 MH-60R Seahawk for the Republic of Korea Navy (RoKN) to be delivered by 2025 in stages.

Royal Australian Navy acquired 24 MH-60R multi-mission helicopters through the FMS programme from the US Navy with the first Romeo delivered in 2013 and in May 2021, appointed Lockheed Martin-Sikorsky Australia to provide additional support under a recently awarded $7.7 million sustainment contract expansion. –adj/kf/aaa (Photo: Lockheed Martin)