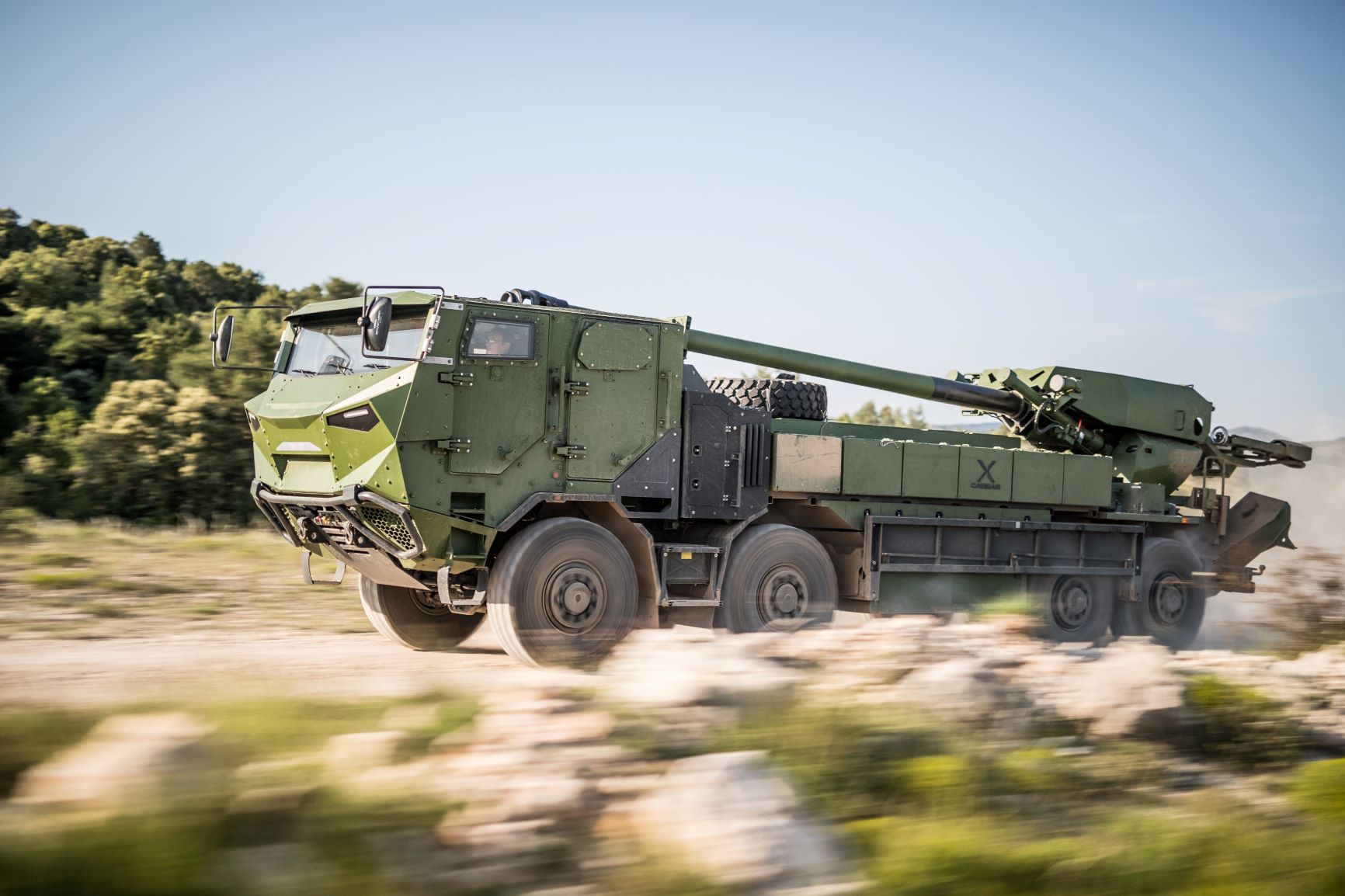 Nexter Group has won an order for the supply of 52 units of 8×8 CAESAR truck-mounted howitzer guns, further strengthening the mobile artillery system’s footprint in Europe and boosting prospects of meeting military requirements elsewhere including Asia.

As of today, the 6×6 CAESAR version is in service with France, Lebanon, Saudi Arabia, Indonesia and Thailand.  France is currently looking into adding 32 more CAESAR on the Tatra 8×8 chassis by 2030, while several Asian countries such as India, Vietnam and Malaysia have expressed interest, having tested the gun system in tough local conditions.

On Sept 30, 2021, Czech Defence Minister Lubomír Metnar signed a contract for the acquisition of 52 units of 8×8 CAESAR self-propelled howitzer artillery guns in the presence of French Minister of the Armed Forces Florence Parly and CEO of Nexter Group, Nicolas Chamussy.

With this major order, the Czech Republic becomes the third European customer and the seventh user of the CAESAR SPH in the world. In June 2020, the CAESAR 8×8 won €200 million ($232 million)  contract for Czech Army. The service decided to buy 52 howitzers that will be installed on the Czech Tatra 815–7T3RC1 8×8 truck platform.

CEO of Nexter Group, Nicolas Chamussy, praises the Czech Republic’s decision to acquire an innovative, proven artillery system known for its high reliability. He said: “Following the TITUS programme launched in 2019, this additional acquisition is a testament to the quality of the partnership between Nexter and the Czech defence industry. Thanks to this new success, Nexter is once again contributing to the consolidation of the European defence industrial base”.

After the sale of 19 units of CAESAR 8×8 to Denmark mounted on Tatra Trucks chassis and the supply of 6×6 TITUS armoured vehicles to the Czech Army, produced under license with the Czechoslovak Group (CSG), cooperation between Nexter and the Czech defence industry is developing around a large-scale artillery programme.

In addition to Tatra Trucks, which supplies the chassis, the contract provides for the involvement of several CSG Group companies including Excalibur Army who is in charge of assembling the CAESARs intended for the Czech Republic. Tatra Defence Vehicles produces the armoured cabin locally, and RETIA integrates the communication resources and equipment linked to the artillery fire control system.

The partnership also covers ammunition, mainly with the companies STV and Explosia, to enable local supply of conventional shells and modular charges. Special equipment such as complex ammunition or ammunition with insensitive explosives will be supplied by Nexter’s ammunition unit.

Nexter CAESAR is a 155mm (52 calibre) self-propelled gun in service since 2008. This modern, proven and robust artillery system is the main armament of French Army’s artillery regiments as well as many international artilleries that have chosen this robust, high-performance gun. Designed for direct support of troops in contact or support in depth, it has proven its worth in numerous external operations. Its high performance makes Nexter an undisputed reference in the field of land artillery. The eight-wheel driven CAESAR selected by the Czech Ministry of Defence is perfectly suited to high-intensity combat. On one hand, this version of the CAESAR carries 36 shells, which gives it a high ammunition autonomy. On the other hand, resupply is carried out at a high rate (three minutes compared to 10 for its fully automated competitors).

Thanks to its low mass, the CAESAR 8×8 has a lower fuel consumption than heavy tracked howitzers, which is a major advantage in high-intensity combat configurations where the fluidity of logistical supplies is threatened by long-range artillery. The CAESAR is recognised for its excellent battery in and out of action performance. –kf/aaa/mgm (Image: Nexter Group)