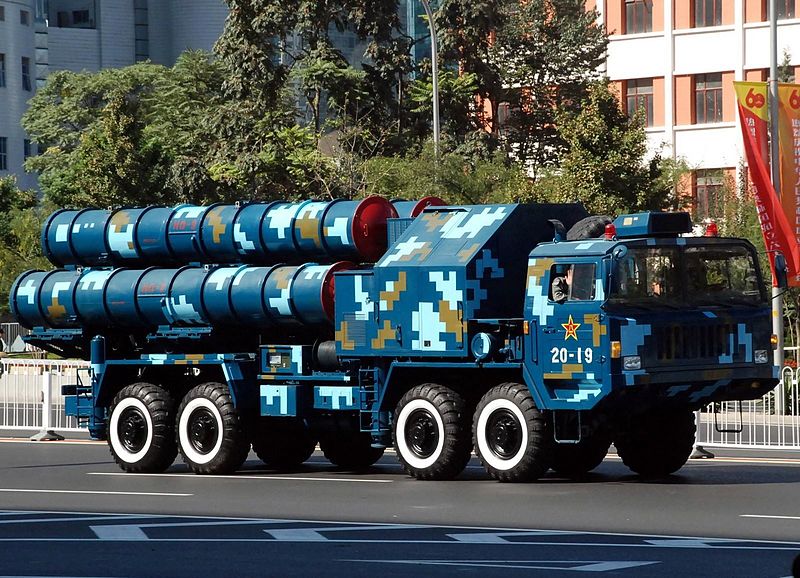 Chief of the Army Staff, General Qamar Javed Bajwa witnessed the commissioning of the Chinese-manufactured equipment in a ceremony. Also present were senior officials from China.

“Induction of HIMADS will significantly enhance Comprehensive Layered Integrated Air Defence (CLIAD) shield of aerial frontiers of Pakistan as the system is fully integrated through a well-knit Digitised System on its inventory,” said an official statement of the Inter-Services Public Relations (ISPR).

The military’s media wing added that HQ-9/P is considered as a strategic long-range Surface to Air Missile (SAM) with remarkable flexibility and precision capable of intercepting multiple air targets including aircraft, cruise missiles and Beyond Visual Range Weapons at ranges over 100km with Single Shot Kill Probability.

The HQ-9/P is a variant of the HQ-9, which is considered one of the world’s most advanced surface-to-air missile systems. The HQ-9 is a medium- to long-range, active radar homing surface-to-air missile. The system has several variants with enhanced technology and maximum range varying from 100km to 300km. Similar in capability to the Russian S-300 and American Patriot systems, the HQ-9 uses a HT-233 PESA radar system. Apart from Pakistan, the system is in service of the defence forces of Algeria, China, Morocco, Turkmenistan, and Uzbekistan.

Note: Pakistan Army’s The HQ-9/P air defence system is a variant of the HQ-9, such as the one in PLA service as shown the picture above.