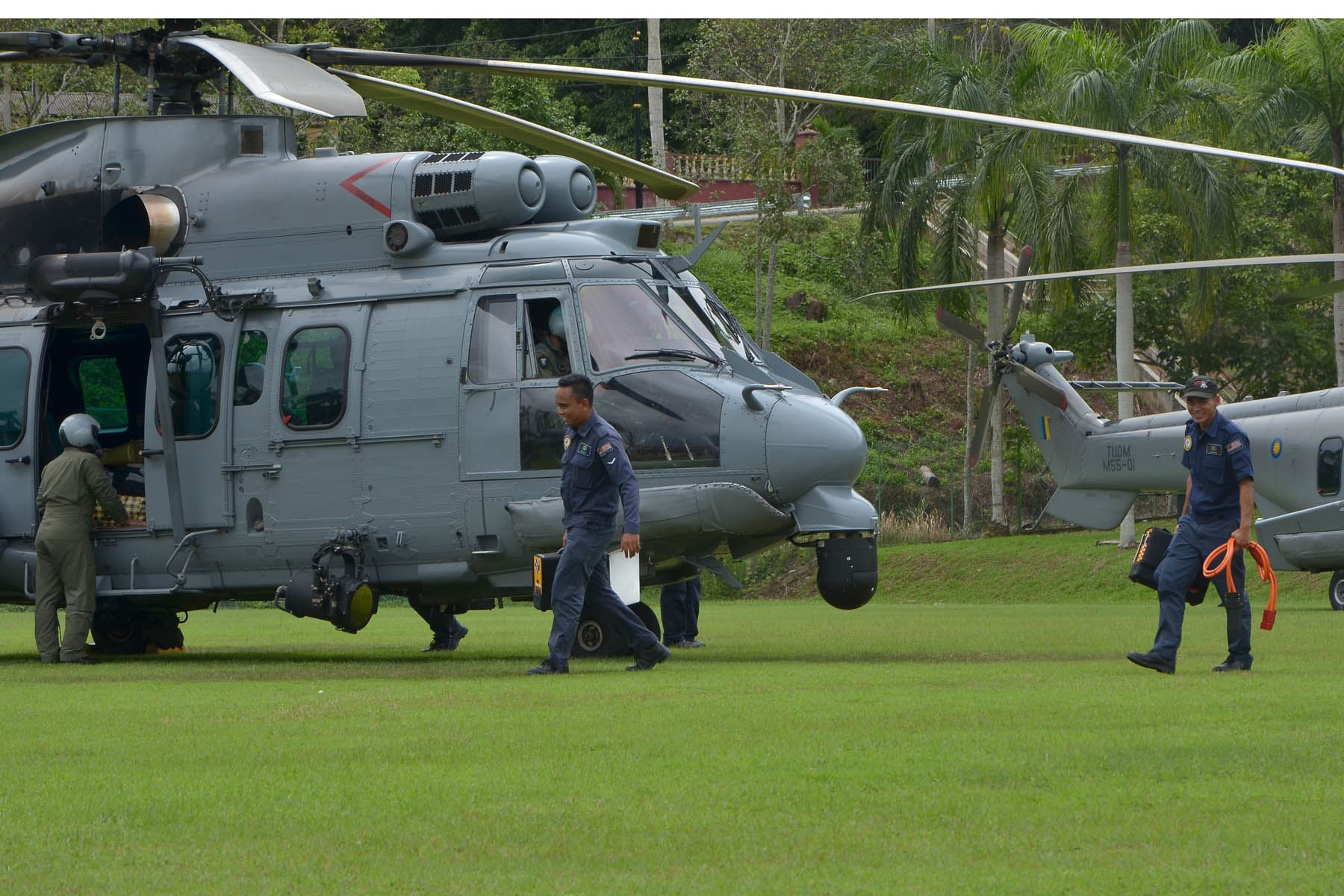 KUALA LUMPUR: The Royal Malaysian Air Force (RMAF) is ready to deploy aircraft including helicopters for flood rescue operation, as the country is expected to face the onslaught of the northeast monsoon beginning this week.

RMAF chief Gen Ackbal Abdul Samad said among them will be the Airbus EC725 helicopter while four Leonardo AW139 helicopters, which had been acquired on lease, which would begin operating soon. It was reported that the service do not have enough helicopters to adequately carry out humanitarian and disaster relief operations.

“The leasing of the four helicopters was a temporary short-term strategy while awaiting the procurement of new helicopters,” he told a media conference after the closing ceremony of the Paradrop, Air Defence, Deep Strike, Insertion, Search and Rescue and Extraction (PARADISE) Exercise Series 8/2021 at the Kuantan Air Base.

The Malaysian Meteorological Department (MetMalaysia) announced that heavy rain was forecasted in eastern peninsular states of Kelantan, Terengganu and Pahang from early this month until early January 2022 following the transition of the northeast monsoon, which is expected from tomorrow until March next year.

Commenting on another “re-look” of F/A-18D aircraft from Kuwait, he clarified that the RMAF was pursuing further information through official contacts regarding the status of the aircraft.

“We have sent letters requesting for information, so we asked what is their actual intention. If they plan to do so (to sell), we have registered our intention to procure the aircraft. “I will leave for Dubai and, if possible, we intend to meet the Air Defence chief of Kuwait so that we can ask directly if they have an intention to sell the aircraft,” he said.

Analysts said there is still life in the F/A-18D yet as it is still in service with the US Marine Corps Air Wing, and will be so until 2035. As an indication as to how long the aircraft type will be in service,  Boeing Oct 7 this year won a $26.8 million delivery order for F/A-18 aircraft spare parts, according to the Department of Defence. Estimated completion date is Oct 31, 2027.