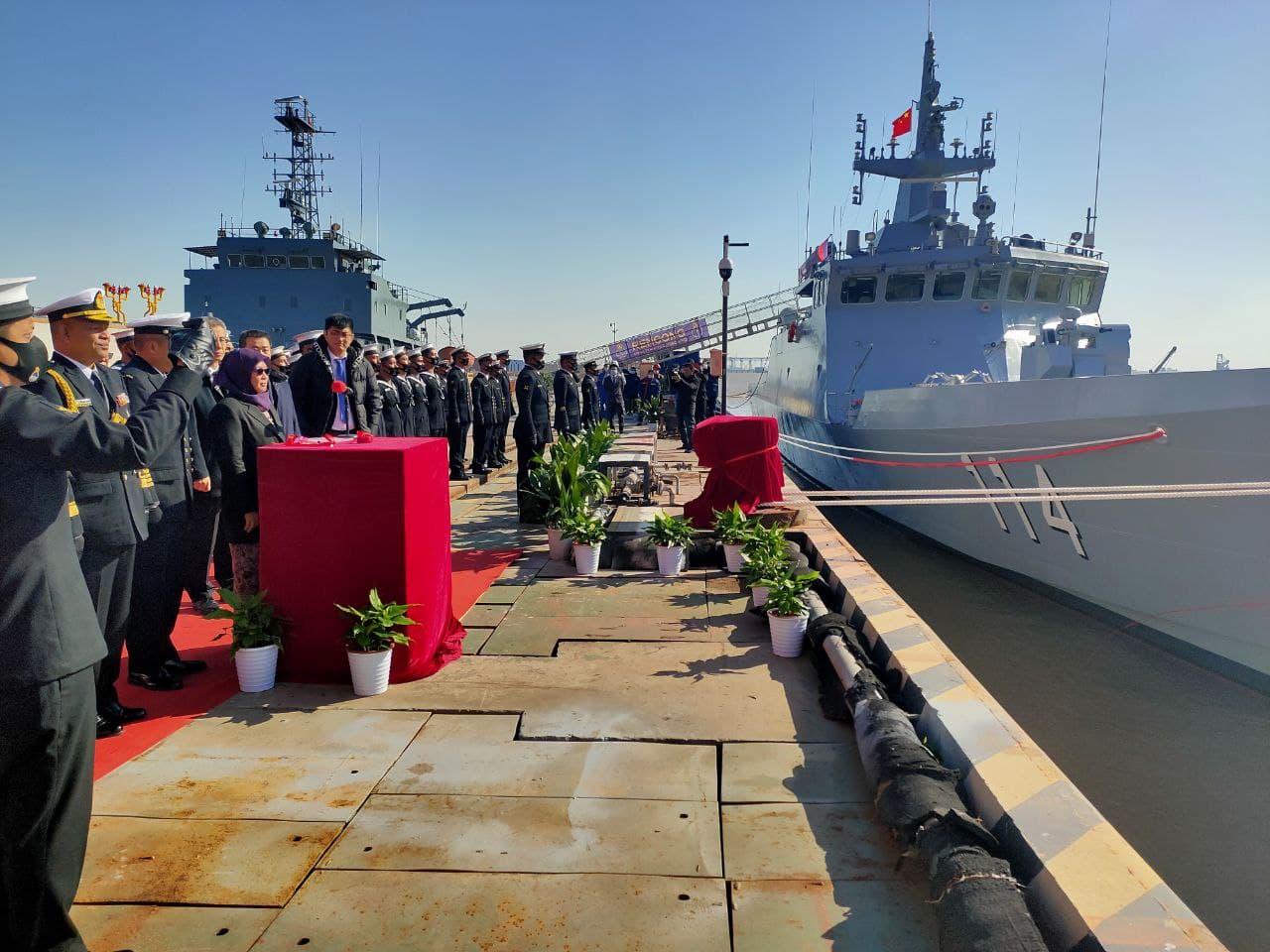 Defence Advisor at the Malaysian Embassy in China, First Admiral Zahid bin Abd Aziz,  represented the Malaysian government to sign the physical handover certificate of  the LMS, named Rencong, after the name of one of the Kris-class patrol boats that was retired in 2005.

The name Rencong refers to a traditional Malay weapon, it also symbolizes the spirit of heroism, struggle, courage and strength in resisting and repelling enemy attacks. The ship will join the 11th LMS Squadron based at the RMN Kota Kinabalu Base together with sister ships first in class KD Keris, KD Sundang, and KD Badik.

Works on Rencong began on Sept 18, 2019; it was launched for sea trials more than a year later in December 2020 by the RMN LMS Project Team in Wuhan.

The LMS is one of the five classes of ships in the RMN 15 to 5 Fleet Transformation Programme. The procurement contract for 4 LMS was signed between the Malaysia Ministry of Defence and Boustead Naval Shipyard on March 23, 2017 in collaboration with China Shipbuilding & Offshore International Co (CSOC). –shp/adj/aaa (PHOTO: RMN)