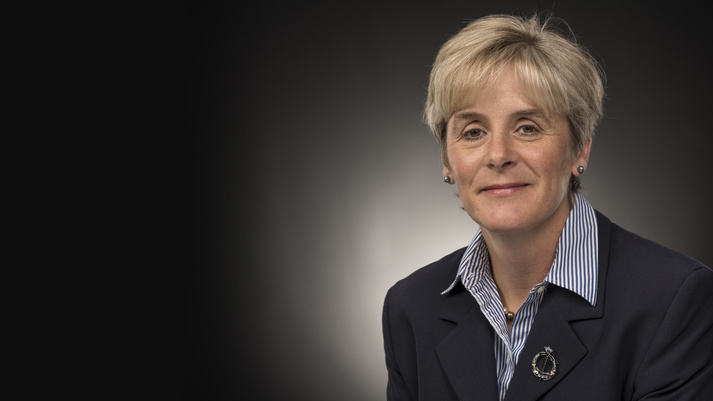 The Managing Director of our Europe & International business, which runs our role in the pan-European partnership, will play a leading role in the delivery of major upgrades to the aircraft backed by its four partner nations.

She becomes the first female to be appointed Chair of the Eurofighter Supervisory Board which she was part of under former Chair Kurt Rossner of Airbus Defence & Space.

The board is made up of representatives of Eurofighter’s three industrial partners, Airbus, BAE Systems and Leonardo, representing the partner nations Germany, Italy, Spain and the United Kingdom.

Andrea said :“This is an exciting time to be taking up this role as we continue to develop the capability of Eurofighter Typhoon to ensure its role as the backbone of air defence for decades to come.

“Eurofighter Typhoon now benefits from a clear roadmap, agreed with the Eurofighter partner nations, which takes us towards the end of the decade – all of which builds on a series of capability enhancements, together with further aircraft acquisition from the German Air Force to continue the aircraft’s capability journey.

“Through the strength of European collaboration, we were delighted to see the first aircraft arrive in Kuwait last year and are preparing to deliver the first jets to Qatar later this year, so there is a lot of work to do now and in the future.”

Andrea is joined by Carlo Mancusi, a senior executive at Leonardo, who has taken over as Eurofighter Chief Executive Officer and Andy Eddleston, who has been named as Chief Operating Officer (Capabilities) having joined from BAE Systems.

Andrea joined BAE Systems in 2016 when she was appointed Senior Vice-President of its US Programmes business before being promoted to run its Europe & International business, which oversees a wide portfolio including in-service support and training to the world’s leading air forces.

She was previously Executive Vice President at Rolls-Royce and the first female managing director of Leyland Trucks, one of the UK’s leading automotive manufacturers. adj/shp/mgm (Images: BAE Systems)