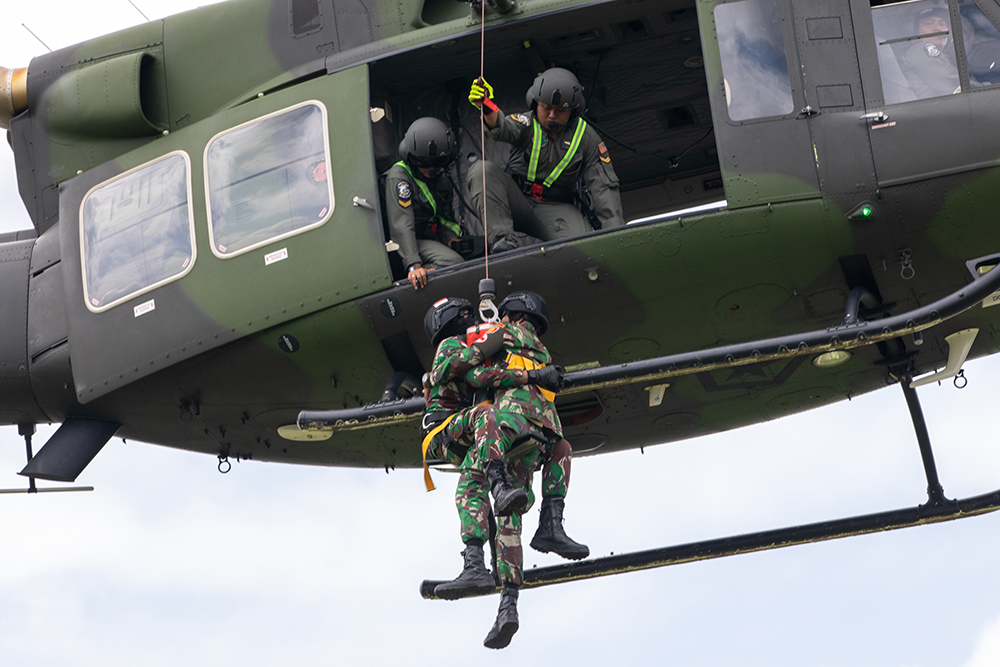 JAKARTA: The two-week Super Garuda Shield kicked
off today which saw the debut of Japan Ground Self-Defence Force in this year’s
series of drills.

At least 4,000 US and Indonesian soldiers will be joined by forces from
Australia and Singapore, and Japan in the exercise, which Washington said aims
to advance “regional cooperation in support of a free and open”
Asia-Pacific region.

The exercise is taking place on the western Indonesian island of Sumatra and
the Riau islands, an Indonesian province of islets scattered near Singapore and
Malaysia. It will last until Aug 14.

Traditionally, the Garuda Shield exercises only involved the army and
paratroopers but Super Garuda Shield 2022 also involves the navies of
participating forces.

Analysts said that the inclusion of the navy into the training agenda
represents a shift in strategic thinking that Indonesia’s territorial waters
and jurisdictions are now becoming more vulnerable to external threats.

With regard to the growing concerns on China’s increasing assertiveness in
the Pacific, the series of drills aims to advance “regional cooperation in
support of a free and open” Asia-Pacific region, said a statement from
Washington.

The drills were not aimed at any country even though they would be
significantly larger than previous exercises, said the statement.

The exercise’s opening ceremony with all participating nations will take
place this Wednesday, August 3, an Indonesian official said.