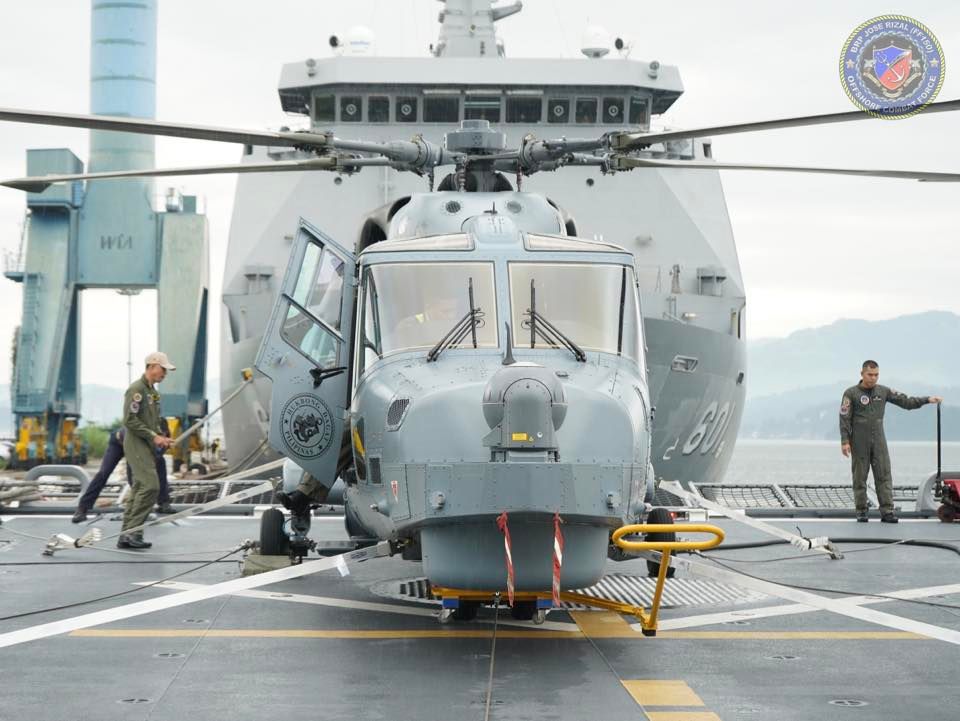 The DLQ is a part of a series of flight deck operations to further test and improve existing procedures, check connectivity, system integration, and levelling of officers, pilots, sailors, and aircrew on flight operations.

Before the actual deck landing, the ship’s crew and flight crew of the anti-submarine helicopter squadron had a series of lectures and workshops to ensure the preparedness and safety of personnel and flight deck equipment.

“This activity marks the beginning of warfare interoperability operations between our air and surface assets which compliments the detection and engagement capability of both units,” it added. The activity concluded safely with no casualties and any faults from both platforms.

“As our Navy gears towards development and modernization, we ensure that our personnel (are) aligned with this innovation to sustain and adapt to the fast and growing naval warfare technology and optimise our assets to their full capability,” said the statement.

The Philippine Navy’s two AW-159 anti-submarine helicopters were delivered on May 7, 2019, and commissioned on June 17 of the same year.

The platform was acquired for the cost of PHP5.4 billion ($97.1 million). The helicopters could be armed with rockets, machine guns, missiles, torpedoes, and depth charges and fitted with modern sonar systems for tracking down submarines.

The Leonardo AW-159s were acquired to complement the Jose Rizal-class frigates’ ASW capabilities.

Meanwhile, the Philippine News Agency reported that the Naval Task Group (NTG) 80.5 has conducted a “medical evacuation” (medevac) and “no radio drill’ (NORDO) aboard BRP Antonio Luna, en route to Guam shortly after its month-long participation in the Rim of the Pacific exercise (RIMPAC) last August 10.

The medical team facilitated the activity which involved the Leonardo AW-109 helicopter as a platform for air transportation of the patient and the medical team. The drill simulated the treatment and evacuation of a crew with a fractured leg.

As the ship immediately announced flight quarters for the helicopter pilots and crew to be ready and prepared for the air transportation, the medical team was administering first aid to the patient prior to the airlift to the nearest hospital.

The medevac and NORDO are among the drills regularly done aboard the naval ship to prepare the personnel in times of emergency situations, especially while underway.

Leonardo AW159 is the latest-generation multi-mission, high-end war-fighting helicopter, delivering unparalleled tactical capability, which was based on the success of the Lynx helicopter. –shp/adj/aaa (Images: Philippine Navy)