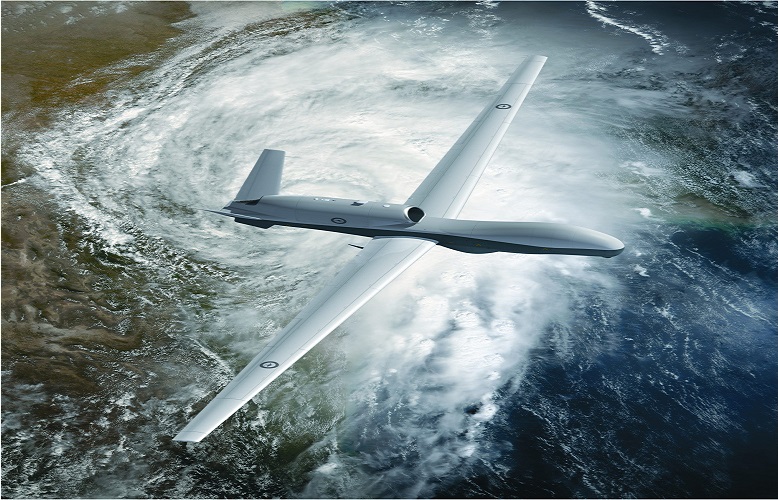 This programme is a partnership between the Australian Department of Defence, the United States Navy and Northrop Grumman.

“This partnership is pushing the boundaries of Air Power to pursue a truly advanced platform that will provide both a foundational capability and a growth path for future decades,” Air Vice-Marshal Denney said.

“Once in service, the remotely piloted High Altitude Long Endurance aerial system will significantly enhance our ability to persistently patrol Australia’s north and north-western approaches, in the south-west Pacific and south to Antarctica.

AVM Denney added that the Triton will complement the surveillance role of the P-8A Poseidon by providing sustained operations at long ranges, and undertaking a range of intelligence, surveillance and reconnaissance tasks.

“I look forward to exploring the ways in which Triton will enhance our Defence capabilities in the future.”

“This project is an excellent example of the successful partnership between our two nations and reflects the collaborative work between Defence and defence industry in delivering this strategic capability,” Air Vice-Marshal Phillips said.

“Defence will invest more than $900 million in Australian industry, including sustainment, ICT and facilities.”

The Australian Defence Force expects the first aircraft, of up to seven in total, to be completed and delivered to Australia in 2024.

Once delivered, the MQ-4C Tritons will be primarily based at RAAF Base Tindal in the Northern Territory while being controlled from facilities at RAAF Base Edinburgh. –shp/adj/aaa (Image: RAAF)