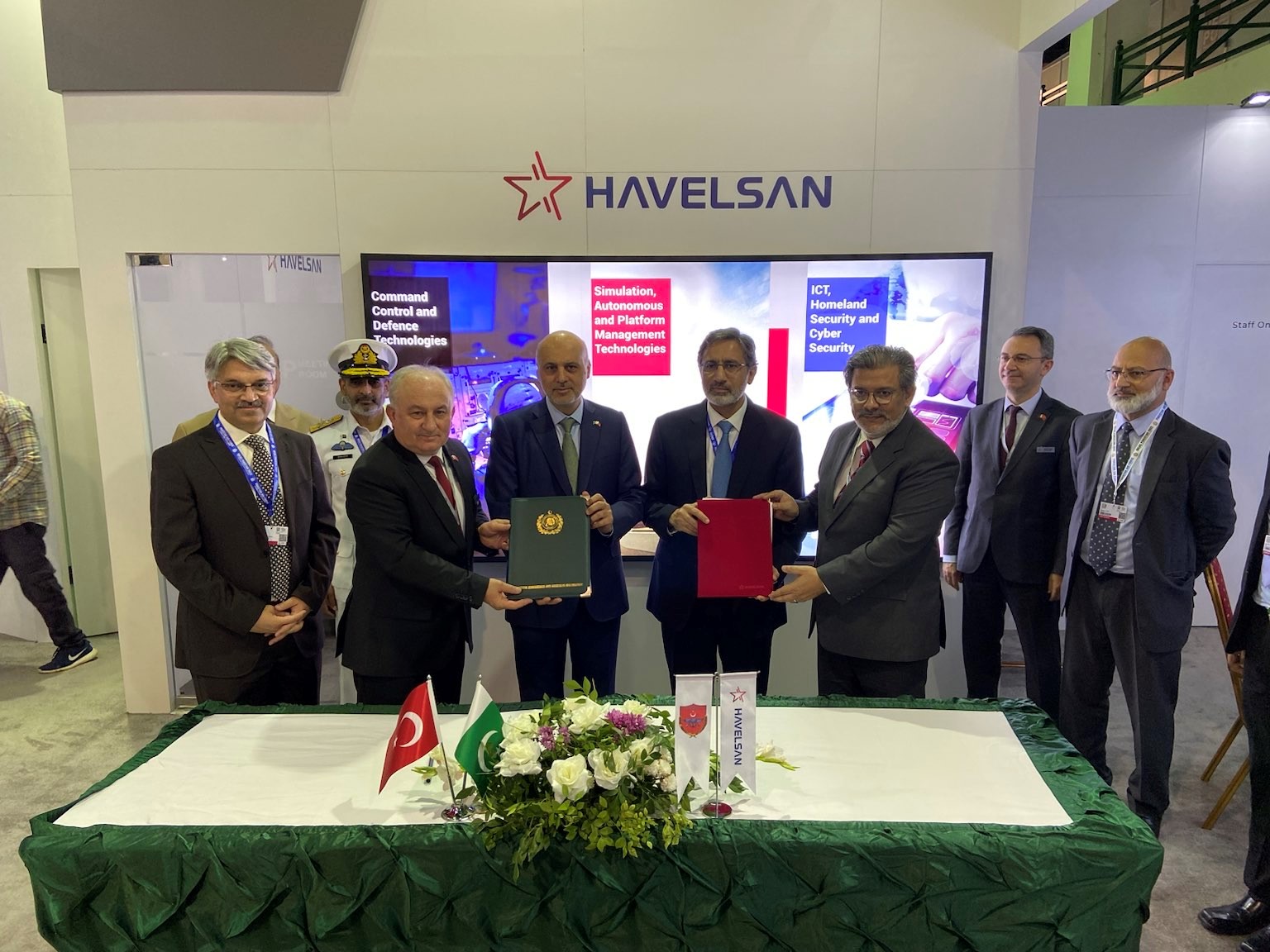 Turkish techology company, HAVELSAN returns to IDEAS with a bang with its wide-raneg of solutions, as the company imprinted a impactful footprint at at the exposition in 2018.

HAVELSAN was one of the parties who signed Pakistan’s Milgem-class corvette project and accomplished the supply of ADVENT Combat Management System that was integrated to the project.

Throughout the event, HAVELSAN’s booth was visited by guests worldwide and the negotiations about possible business partnerships were made. In this regard, HAVELSAN signed  an MoU with National Engineering and Scientific Commission (NESCOM) of Pakistan on cooperation in mutually identified topics.

Delegates who visited HAVELSAN’s booth got a comprehensive understanding of how it innovates, designs and develops its state-of-the-art products and solutions in the fields of command control and defence technologies, simulation, autonomous and platform management technologies and ınformation and communication technologies. –shp/adj/aaa (Images: HAVELSAN)