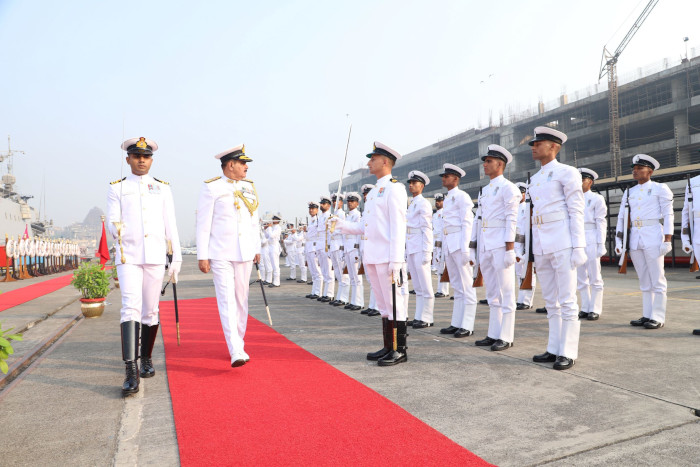 The Western Fleet, underwent a change of guard during a ceremonial naval parade was held at Naval Dockyard, Mumbai. The baton of the Flag Officer Commanding Western Fleet was handed over by Rear Admiral Sameer Saxena to the new Fleet Commander, RAdm Vineet McCarty.

RAdm McCarty was commissioned into the Indian Navy on July 1, 1989. He is an alumnus of the prestigious Defence Services Staff College, Wellington, and National Defence College, New Delhi.

A gunnery specialist, RAdm McCarty afloat appointments include being part of the commissioning crew of guided missile destroyer, INS Delhi, followed by specialist tenures on the ship. He has served as Executive Officer of a seaward defence patrol vessel, a guided missile vessel and the landing platform dock, INS Jalashwa.

He was also appointed as India’s Defence Adviser at the Republic of Singapore with concurrent accreditation to the Philippines. On promotion to Flag rank, he took over duties as Assistant Chief of Naval Staff (Staff Requirements), at Naval Headquarters, on February 10, 2020.