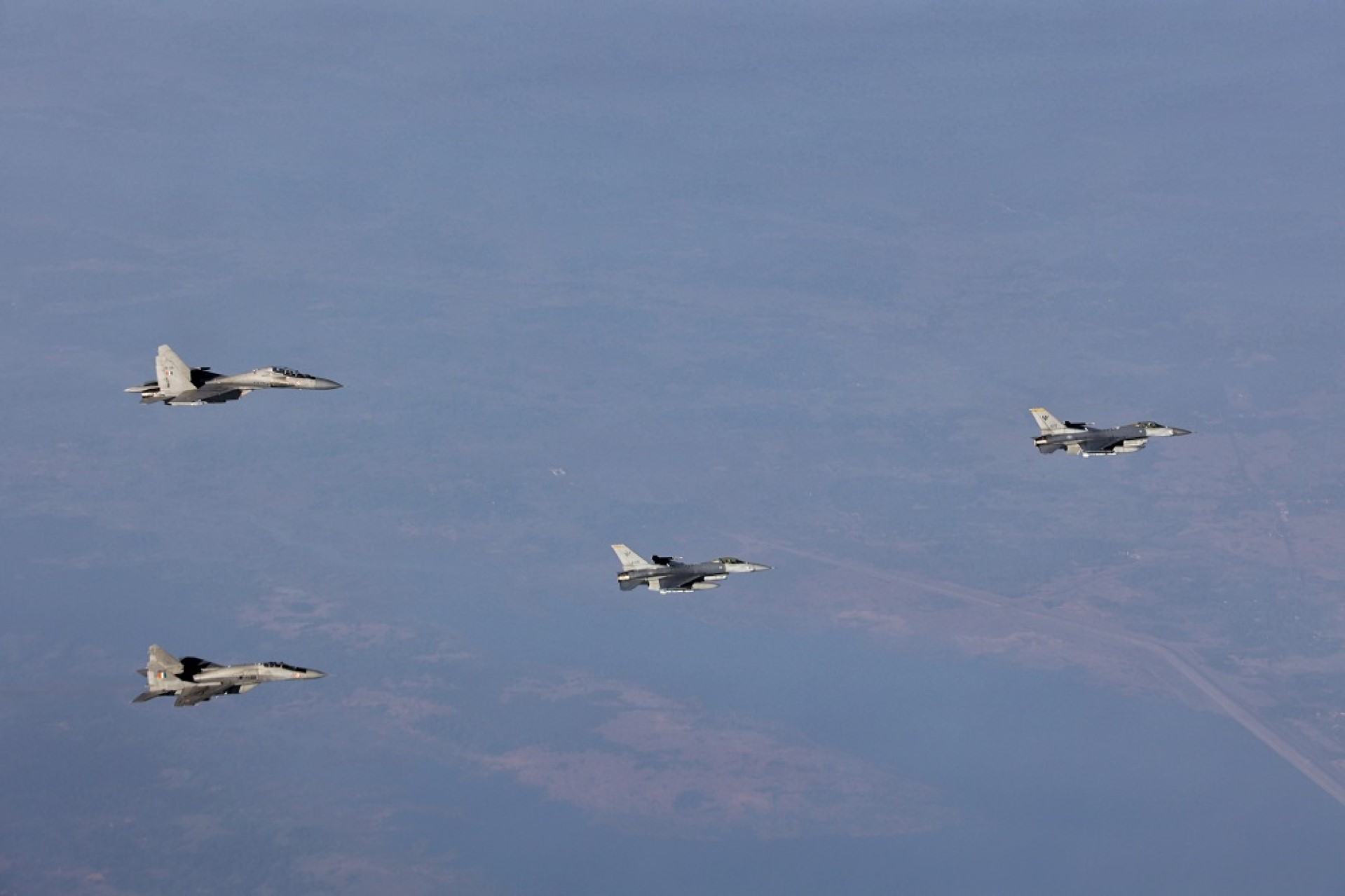 The Republic of Singapore Air Force (RSAF) and the Indian Air Force (IAF) are currently carrying out the Joint Military Training (JMT) at Kalaikunda Air Force Station, India from Nov 3 to  Dec 14, 2022, after a two-year hiatus due to the COVID-19 pandemic.

The RSAF deployed 14 F-16C/D fighter aircraft to train alongside the IAF’s Sukhoi Su-30MKI, Jaguar, light combat aircraft Tejas and MiG-29 fighter aircraft. The JMT allows aircrew from both air forces to hone their operational skills through joint high-end training such as air combat and mission-oriented trainings.

Highlighting the significance of this year’s JMT, Commander of the RSAF’s Air Combat Command, Brigadier General Lim Kok Hong said, ‘This year’s JMT provides a valuable opportunity for the RSAF’s F-16s to conduct joint combat training with the IAF’s Su-30MKIs, as well as conduct complex weapons and tactics employment.

“JMT allows us to train together with our Indian counterparts in realistic and complex air-to-air and air-to-surface scenarios, enhancing the operational readiness of both air forces. The RSAF values the opportunity to train alongside the IAF, sharpening our competencies and building mutual trust amongst our people,” added Brig Gen Lim.

The IAF’s Air Officer Commanding, 5 Wing Air Commodore Ran Singh VM said, “Given the professionalism of the RSAF, the IAF looks forward to the JMT with the RSAF. The training provides the two air forces with an opportunity to share their best practices with each other, and also to sharpen their skills in a spirited exercise environment. The professional interaction between the IAF and RSAF has progressively enhanced the bonhomie between the two air forces.”

Since its inception in 2008, the JMT has been conducted under the ambit of the Air Force Bilateral Agreement, which was signed in 2007. Apart from the JMT, both air forces also interact regularly through visits, cross-attendance of courses and other professional exchanges. These mutually beneficial interactions have deepened the warm bilateral defence ties between both countries, enhanced mutual understanding and strengthened cooperation between the two air forces. –shp/adj/aaa (Image: Singapore MINDEF)