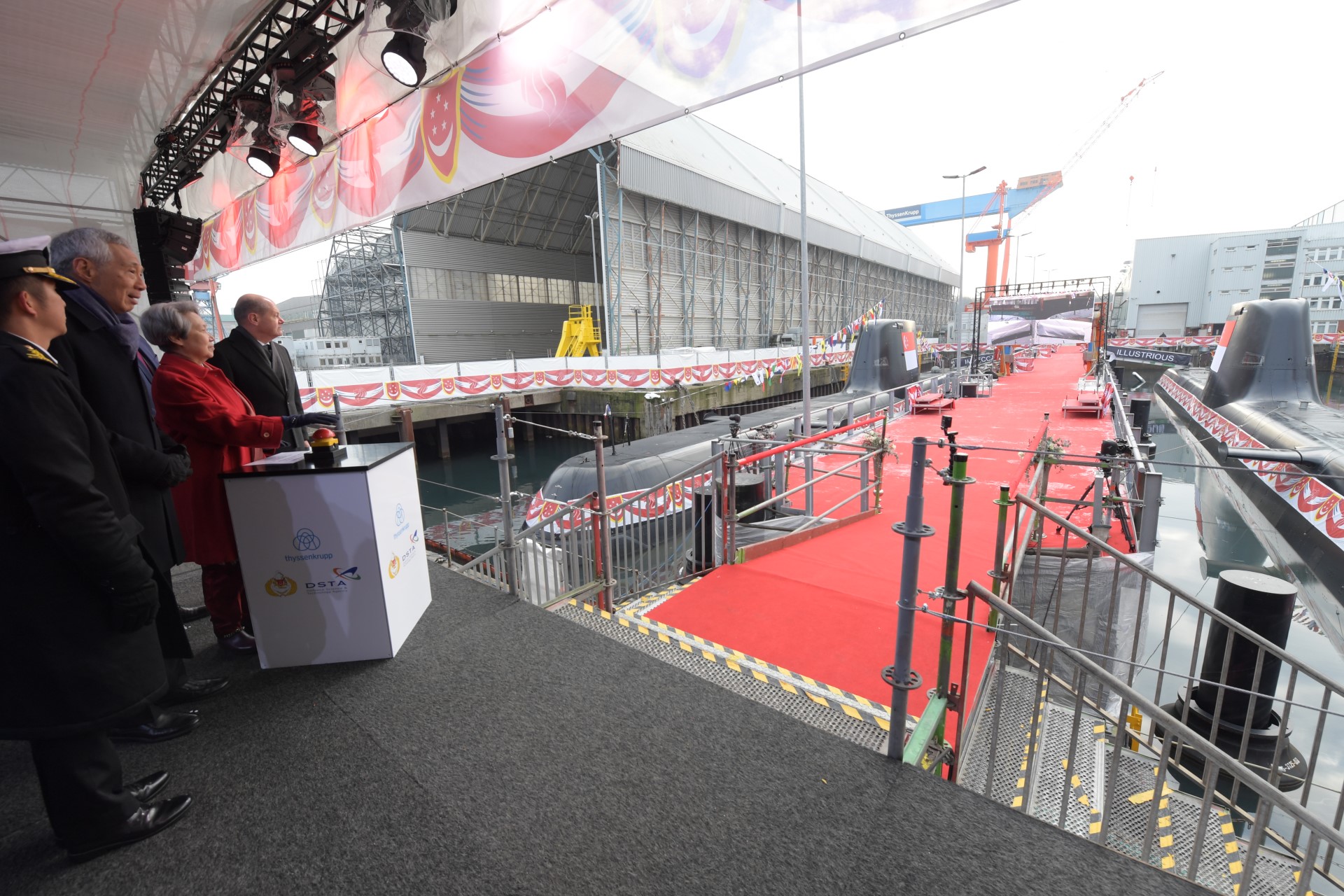 The republic’s Prime Minister officiated the launch ceremony, which were also attended by German Federal Chancellor Olaf Scholz as guest of honour.

Emphasising the importance of the submarines during his address at the ceremony, Prime Minister Lee said: “Singapore is a maritime nation and we are highly reliant on the free and unimpended movement of goods and services across the sea for our prosperity and indeed survival.

“The RSN has the crucial mission of keeping our Sea Lines of Communication open. Submarines provide the RSN an added capability to fulfil its role.”

Expressing optimism for the warm and growing defence relations between Singapore and Germany, he added, “Our collaboration on this strategic capability underscores the depth of partnership and the trust between our navies and our defence industries. I am confident that the relationship between Germany and Singapore will grow from strength to strength, and I look forward to more meaningful interactions between our militaries.”

The tkMS-built Invincible-class submarines are custom-designed for operations in Singapore’s shallow and busy tropical waters, and they possess longer endurance and higher payloads. Following the launch, Impeccable and Illustrious, will undergo a series of sea trials before delivery to Singapore.

The first submarine Invincible was launched in 2019, while the fourth submarine Inimitable, are currently under construction.

The launch of the two submarine marks a key milestone in the RSN’s submarine modernisation journey. The launch is also testament to the warm and growing defence ties between Singapore and Germany, underpinned by the signing of the enhanced Defence Cooperation Agreement in 2018.

Both countries cooperate and interact widely through high-level visits and dialogues, military exchanges and training, cross-attendance of professional courses, and in areas of mutual interest, such as in defence technology and cyber.