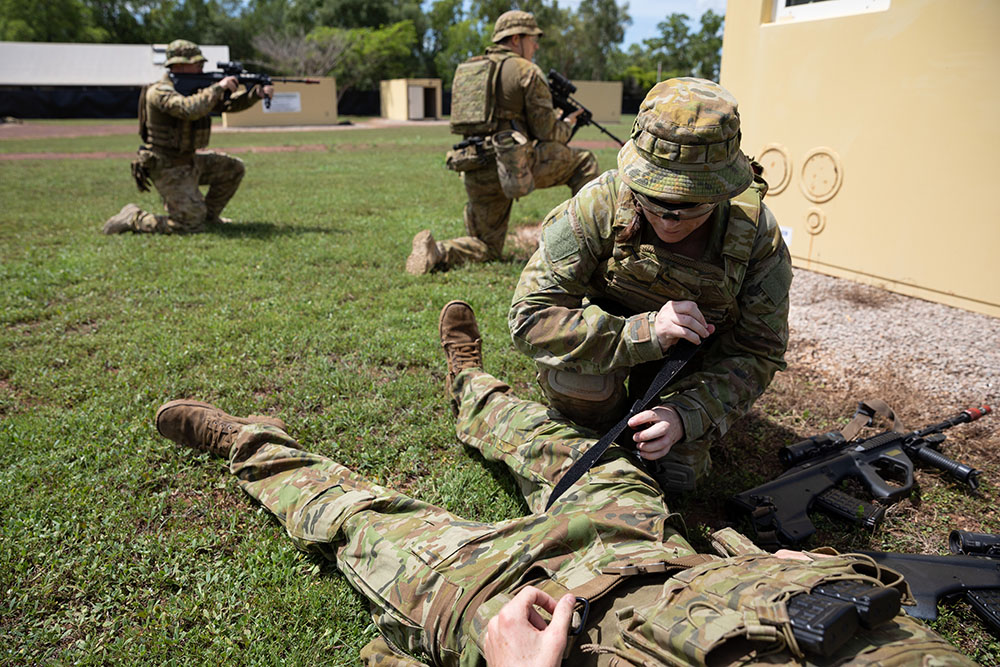 CANBERRA: Australian Defence Force (ADF) personnel will depart Darwin this week to join partner nations in the United Kingdom, providing critical training to Ukrainian recruits to support the country’s national defence with regard to the conflict with Russia, said the Department of Defence in a statement today.

A contingent of up to 70 ADF personnel will deploy as part of ADF Operation KUDU to assist with the UK-led and based training programme.

Deputy Prime Minister, Richard Marles stressed on the Australian government’s commitment  to standing with Ukraine, in response to Russia’s clear violation of the rules-based order.

“Operation KUDU builds on Australia’s military support for Ukraine, with the previously gifted Australian-produced Bushmaster protected mobility vehicles proving their worth as highly valuable military vehicles,” said Marles who is also the country’s minister for defence.

Meanwhile, minister for defence personnel, Matt Keogh said: “Our people are our greatest defence capability, that’s why it’s so important that our soldiers, alongside a number of partner nations, will provide essential skills to the Armed Forces of Ukraine, supporting Ukraine to end the conflict on its own terms.

“We are proud to support the brave people of Ukraine and their Armed Forces,” he added.

The training conducted under this operation will generate additional capacity within the Armed Forces of Ukraine and will focus on basic infantry tactics for urban and wooded environments; helping Ukrainian recruits gain the military skills needed to defend their homeland.

The defence department also said that no ADF personnel will enter Ukraine as part of the programme.

Operation KUDU demonstrates Australia’s ongoing commitment to stand with the people of Ukraine, and continued support for Ukraine’s sovereignty and territorial integrity.