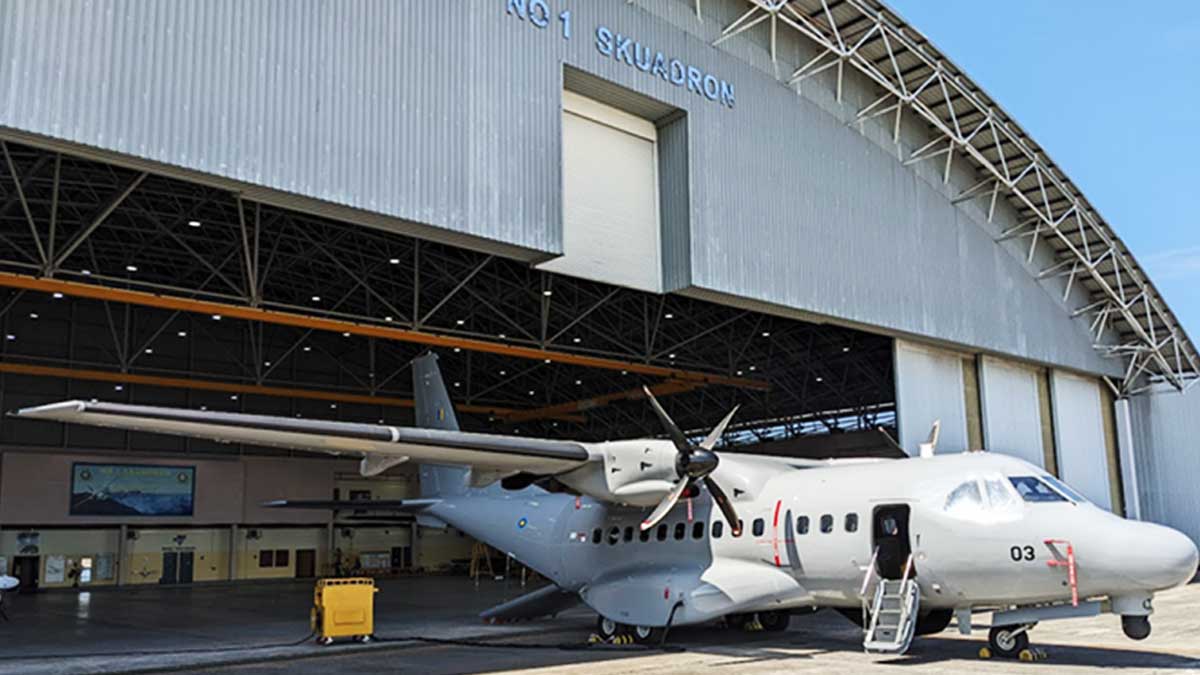 The United States Navy has delivered the first of three Royal Malaysian Air Force (RMAF) CN-235-220M military transport aircraft converted to a maritime patrol platform. This comes just three-and-a-half years after the United States signed a Letter of Offer and Acceptance to begin increasing the capability and interoperability of US and Malaysian forces.

The project’s CN-235s were flown to Indonesia for completion and testing in Sept 2020 amid COVID-19 restrictions and first flight took place in Oct. 2021, the Naval Air Systems Command said.  Work on the two remaining CN-235 aircraft and multiple ground stations continues and is expected to be completed in 2022.

The effort was facilitated by the US Navy’s Building Partner Capacity programme, aligned with the US government’s Maritime Security Initiative (MSI), which is intended to assist the Malaysian government in increasing maritime security and maritime domain awareness within the Malaysian Exclusive Economic Zone.

The project to integrate an Intelligence, Surveillance and Reconnaissance (ISR) upgrade into the aircraft was undertaken by the RMAF in cooperation with the Naval Air Systems Command’s Security Cooperation Office and Naval Air Warfare Center Aircraft Division (NAWCAD) AIRWorks.

“Our collective international team has overcome tremendous challenges during the recent worldwide pandemic to deliver this capability. We are excited to deliver this first aircraft,” said Gerald Swift, who leads AIRWorks, NAWCAD’s office focused on rapidly and effectively delivering warfighter capability to meet immediate and emergent warfighter needs.

“Building Partner Capacity programs represent the highest level of return on engagement to the United States,” said Ron Weinberger, director, Security Cooperation Office at the Naval Air Systems Command. “The Malaysian CN-235 program will be a significant force multiplier to an indigenous Malaysian ISR capability and will directly support joint Malaysian and US efforts to ensure global security in the Indo-Pacific Command area of responsibility,” the Aug 3 statement said.

The picture taken at RMAF Kuching Airbase (above) shows the aircraft with EO turret and lower fuselage radome. The statement did not say when the CN-235 aircraft was delivered. The RMAF has eight CN-235-220M airlifters which has been in service since 1998 but one aircraft was written-off after a crash landing into a mangrove swamp in 2016.

The Naval Air Warfare Center Aircraft Division is the US Navy’s largest warfare centre, employing more than 17,000 military, civilian and contract personnel. It operates test ranges, laboratories and aircraft in support of test, evaluation, research, development and sustainment of everything flown by the US Navy and Marine Corps. Based in Patuxent River, Maryland, the command also has major sites in St. Inigoes, Maryland, Lakehurst, New Jersey and Orlando, Florida. – dl/aaa/mgm (Photo): US Navy)